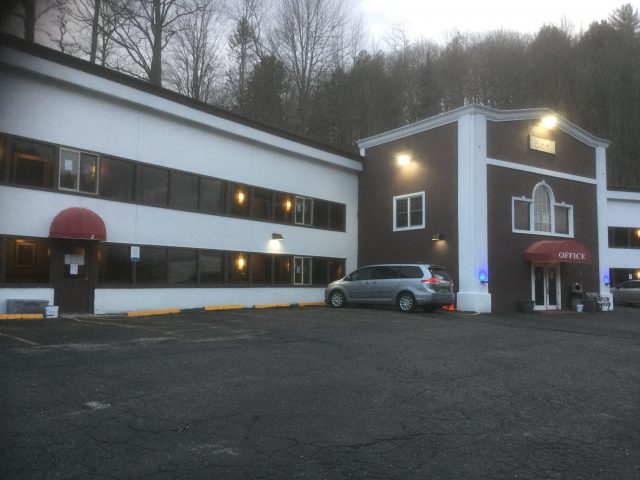 Vermont’s response to the COVID-19 pandemic has included providing motel rooms to homeless people who had been staying in shelters. The rooms are a major upgrade from the shelters, which only offer night-time housing and little in the way of private, personal space. Still, if it takes a heap of living to make a house a home, many of the newly housed motel guests are finding that making a motel room a home presents its own challenges. In mid-March, the Good Samaritan Haven began offering rooms, with services, at area motels to people who had been using the four overnight shelters the organization operates in Barre and Montpelier. The state Agency of Human Services is funding the effort to help those without homes comply with Gov. Phil Scott’s “Stay Home, Stay Safe” directive. The motels are for those not suspected of being infected with COVID-19, according to Rick  DeAngelis, executive director of Good Samaritan Haven. On March 22, Good Samaritan began operating the EconoLodge just outside downtown Montpelier to provide rooms for over half the homeless people who had been in the shelters. “I thought it would be pretty rough when we opened,” Good Samaritan Staffer Keron Asencio said as he stood in the motel lobby next to a box full of styrofoam take-out containers marked as meals. “But it’s been smooth sailing. A few confrontations, but most people have been respectful.” Asencio said they had 38 beds in use at the EconoLodge. “There are still people outside, as a lifestyle choice, some who have a very difficult time living near other people,” said Ken Russell, who serves as chair of the Montpelier Homelessness Task Force. “Part of our work is helping to keep those folks safe and alive and fed, and there are angelic people working on that.” Good Samaritan staff and volunteers bring three meals a day to their guests staying at the EconoLodge and other local motels, according to DeAngelis. Guests have limited opportunities to prepare food in their motel rooms–even if they have the utensils, cooking food is a challenge. “We wanted an electric skillet,” said Robert Braun. “Can’t have it.” His wife, Christi-Lynne Braun, smiled and announced, “I have a Crockpot.” She said an earlier experience living in a motel, to escape domestic violence at home, had taught her how limited cooking possibilities there are. “We did hard-boiled eggs; we did a Crockpot; we used a skillet. We tried to make it work.” The motel isn’t set up for personal laundry, either. The EconoLodge normally washes only guest towels and sheets. “We do their laundry,” DeAngelis said. “They give us a bag of their laundry, and we have it done at the Elm Street laundromat.” One man who had been staying at the Bethany Church basement shelter in Montpelier acknowledged in an email, “The accommodations aren’t too bad.” However, upon further correspondence it became clear he feels a lack of control over his room and board. “I don’t know exactly what is gonna happen to the homeless at the end of this month,” he wrote. Even the simplest choices no longer feel within his control. “I have no food stamps or welfare check. God knows I’d like to have soda instead of tap water (with meals),” he said. “I bet it’s tough,” commented DeAngelis. “I’ve talked to some people up there, and it’s a long day inside your motel room, I’m sure.” He said Good Samaritan provides a support team with two mental health clinicians, plus an Americorps member who calls people and delivers puzzle books and small gifts like chocolate. They are also planning on introducing simple outdoor activities that can be enjoyed while maintaining a safe distance. While life is, at least, apparently fairly peaceful at the EconoLodge, DeAngelis said things have been different at the Hilltop Inn in Berlin. That motel houses five or six of the Good Samaritan guests, and the rest of the rooms are filled with poor or homeless families with state vouchers, plus some nurses working at the hospital, he said he’d been told. “We were getting reports from the police and the motel owners that there was really a chaotic scene up there. The owner said two of the staff quit last week.” The COVID-19 regional response command center asked Good Samaritan to set up 24/7 oversight and assistance at the Hilltop Inn, DeAngelis said, and added that staff were in place starting Sunday night. “We’re not police; we can’t force people to do things,” he said, but the staff would be educating people about appropriate contact and connecting them with mental health services and other assistance as needed. Russell, the Montpelier Homelessness Task Force chair, marveled at how efforts had come together to provide local homeless people with rooms they could call their own, at least for now. “Folks are finally getting off the street into a situation that has been discussed in many circles for a while,” he said. “It’s a short-term relief for everyone concerned about public health. It’s remarkable how quickly this happened.” While it’s unclear how long funding for the housing will be available, or what alternatives there may be in the future, the COVID-19 pandemic, and the local response to it, has created temporary new communities clustered at motels in Washington County, each with its own character.
UNDERWRITING SUPPORT PROVIDED BY