No. 9 Boutique and The Alley Antique Stores to Close

In addition to the closing of Down Home Kitchen and Bagito’s, Main Street will lose another storefront shop at the end of May when No. 9 Boutique and The Alley Antique Store close their doors after 16 years. “This has been a tough decision as I grew up in the retail business and had my first job at age 12 wrapping gifts in this store. I hate goodbyes but it’s time for a new challenge,” owner Aly McHugh said in a news release. McHugh accepted a part-time job with the Central Vermont Council on Aging as communications and development assistant director. McHugh plans to liquidate the stores’ contents through the end of May. “I am very grateful for all of the support and patronage throughout the years. I have loved being a merchant in both communities, but the only thing constant is change. It’s the people I’ll miss the most,” McHugh said.

Voters in the smaller participant in the Montpelier-Roxbury Public Schools district joined with their Montpelier counterparts to approve a $25,054,900 FY2021 school spending plan on Town Meeting Day. Roxbury voters also elected Gerri Huck to serve the last two years of a school board seat. Huck was appointed to the board when Lisa Frost resigned last year.

Green Mountain Community Fitness and downtown Montpelier fitness studio, Zenith, have forged a letter of intent to move toward integrating Zenith’s operations with GMCF’s. The deal is expected to take place later this spring. The arrangement would allow members to use the Zenith space as well as GMCF’s Berlin location. Zenith owner Roxy Garland will continue her involvement, according to a news release from GMCF. “With Roxi joining our management team we will also look to bring new class formats ‘up the hill’ so we can have expanded offerings like Zumba, dance, and other great class formats happening in both locations,” the release said.

The Montpelier City Council dropped plans to “survey” rental properties over concerns about the capacity of city staff to perform the inspections and the potential fallout from findings of unsafe occupancy conditions. City Planning Director Mike Miller told councilors that if code violations were found during such inspections tenants could face eviction. The issue could resurface again during a citywide property reappraisal expected in the next few years.

Heard on the Street August 12 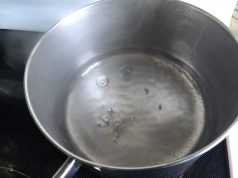