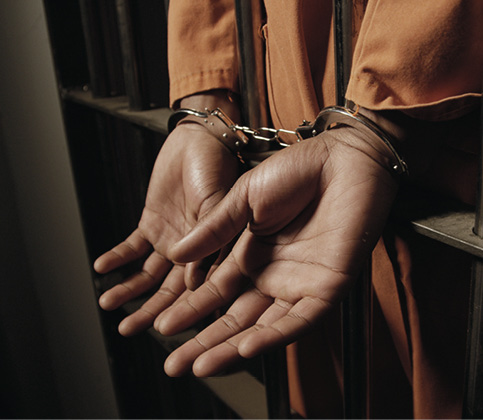 The Vermont State Police treat people of color more harshly than whites. Troopers are almost three times more likely to search black drivers at a traffic stop than white drivers. These facts, based on data from the police, are freely admitted by Capt. Garry Scott, who serves as Director of Fair and Impartial Policing for the Vermont State Police. Scott was one of the speakers at the “Racial Bias in Criminal Justice” forum sponsored by the League of Women Voters on at the Kellogg-Hubbard Library in Montpelier on Feb. 11. Scott and another speaker, Jessica Brown, also addressed the topic on WGDR radio the week before. Scott, 49, serves on a panel formed by the Legislature in 2017 to investigate racial disparities in the criminal and juvenile justice systems. The panel, comprising members of law enforcement and other actors in criminal or juvenile justice, submitted its first report to the Legislature in December. The panel’s unanimous report began by acknowledging that “white supremacy” and “white privilege” are uncomfortable terms to use in public conversations, but insisted they describe “a system of unequal human interaction that causes great and real pain to Vermonters.” The panel went on to make a host of recommendations to overcome bias in the justice system, including funding the state’s Human Rights Commission to process complaints, training police to be conscious of their own biases and to act even-handedly, and gathering more data about how people of color are treated by police, judges, prosecutors, and others in the system. Currently, the data show there are racial disparities in how the criminal justice system treats people, but they don’t show why this happens, the panel said. Scott said that in one recent year, data showing more frequent searches when black drivers are stopped was based on 30 traffic stops involving black motorists. “The Vermont State Police has video in every single cruiser that does traffic stops,” Scott, who is white, said. “We’re able to look at all of these stops and look through to see if there’s anything bad happening in these stops, anything we need to retrain our members. We’re not seeing glaring issues. But it’s still there, and we have to figure out why it’s there.” For Scott, data are just one part of a culture change he says could improve policing. “We want to hear more about lived experiences of Vermonters,” he said. “People of color, marginalized communities, if they don’t feel comfortable calling the state police when they’re a victim of a crime, we are not doing our job.” Jessica Brown, also at the library discussion and a member of the panel on racial disparities, said she doesn’t have formal data, but she has heard from Vermonters caught up in the criminal justice system. Brown, 51, who is black, serves as supervising attorney at the Chittenden County Public Defender’s Office. She said, “We are attuned to when we feel like a 21-year-old black male is more likely to be held on cash bail or have such restrictive conditions of release that he can’t get out of jail, versus a white male in a similar circumstance maybe not having those conditions imposed on him.” Brown said Vermont judges making decisions about arrestees’ fates are overwhelmingly white. “There’s one judge of color that I’m aware of in the State of Vermont during the time I’ve been practicing here,” she said. “And I don’t think it’s shocking that a white male judge, looking out at a young black male, is not going to see himself in that person he’s making decisions about. And that makes a difference. It’s the very definition of implicit bias.” Some members of the racial disparities panel criticized the Legislature’s process in 2019 for bills designed to address racial disparities, saying members of minority communities weren’t adequately involved in crafting the bills. The panel’s report to the Legislature pointed out that seemingly neutral laws can disproportionately affect minority communities, such as the “three strikes” laws in some states that resulted in life sentences for crimes as minor as shoplifting golf clubs or videotapes. Panel members cited the aphorism “not about us, without us,” to describe what they want from the Legislature. Even if the Legislature uses a completely inclusive process and turns all panel recommendations into law, the result would only address the start of a person’s contact with the criminal justice system. Brown argues that racial bias exists in the middle (going to court) and end (sentencing) stages of the system, too. “This is a really big topic,” she said. “The criminal justice system is far-reaching. We realized we couldn’t address everything in our first report.”
UNDERWRITING SUPPORT PROVIDED BY