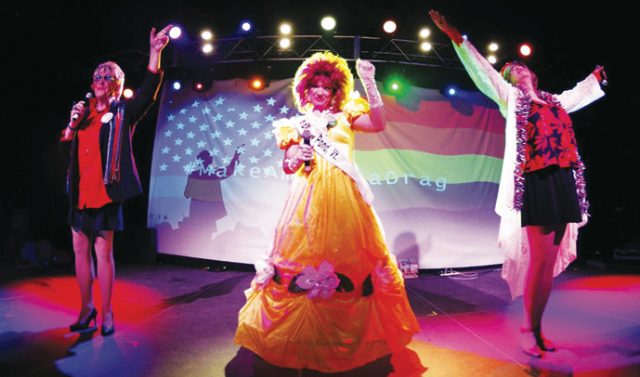 “I think that in this day and age people need encouragement to express themselves,” reflected Bob Bolyard, who performs as drag queen Amber LeMay. “One thing people always say to me is, ‘I don’t want to dress up as an opposite gender. I don’t want to be in drag.’ And I say, ‘Everyone is in drag every day. Whatever you wear to work could be considered drag, because you’re representing something you aren’t. Everyone has that one piece of clothing in their closet that they want to wear but never get an opportunity to wear it. The Drag Ball is the opportunity to wear it.”

On February 15, the House of LeMay and the Vermont People with AIDS Coalition will host the “Winter is a Drag Ball Silver Jubilee.” The event, celebrating its 25th year, opens at 7:30 pm at Higher Ground in South Burlington. The seated show begins at 8 pm with a performance by Rev. Yolanda, one of the original organizers of the Drag Ball, which has raised more than a quarter-million dollars for the Vermont People with AIDS Coalition.

“The person who receives the most tips will be crowned lip-sync royalty and all the tips and all the proceeds of the night go to the Vermont People with AIDS Coalition,” Bolyard explained. 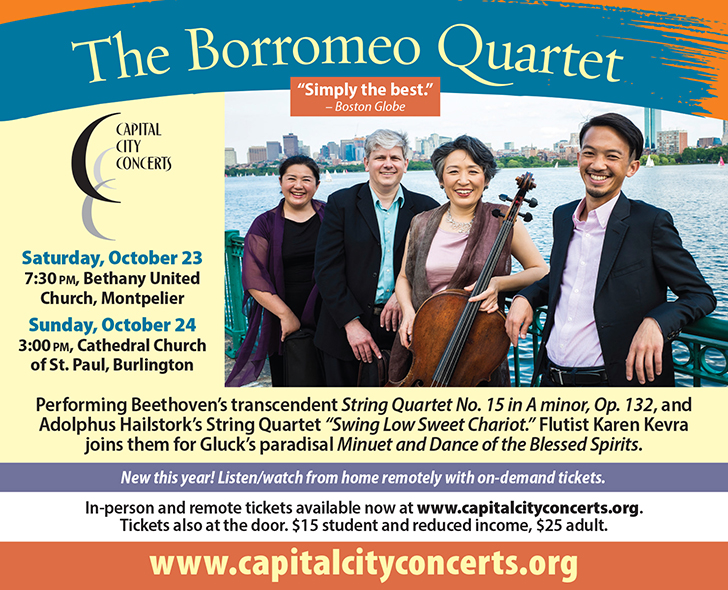 As part of the Drag Ball, the Vermont People with AIDS Coalition will officially announce their name change to the Vermont Positive Living Coalition. The change is in response to the changing experience of Vermonters infected with HIV. Due to advances in medicine, HIV is no longer considered AIDS until Stage 3 of the virus. “These newer infected people who are living really healthy lives, they want to see that change so the stigma goes away,” remarked David Schein, executive director of the Vermont People with AIDS Coalition.

Rev. Yolanda, an award-winning singer, songwriter, trans-femme, genderqueer, and performance artist, credited Chris Moes for creating the Winter is a Drag Ball after she and Moes came to Vermont to join a radical faerie house commune in Northfield.

“That was in the early ’90s, when it was a little unusual to see people in drag and stuff just out in the street, so we caused a stir [in Montpelier] at that time,” she said. After leaving the commune, Moes and Rev. Yolanda moved to Burlington.

“After the first or second winter that we were living in Burlington, we were sitting in his [Moe’s] kitchen coming up with ideas. I was just coming into my own as Yolanda, and I had just become diagnosed with HIV, so we were concerned about raising money and things like that for HIV-positive causes,” she said. “We were sitting at his kitchen table and he started sketching and drawing things out. Because of our radical faerie background we were used to wearing drag, so he said, ‘Why don’t we start a fundraiser called Winter is a Drag Ball?’”

“The first couple of years, it was for Vermont Cares,” Bolylard said. “It’s always been for an AIDS-related organization.” Since 1999, the Winter is a Drag Ball has raised money for the Vermont People with AIDS Coalition, which uses the funds for advocacy work and to help those living with HIV connect with each other.

“We [the Vermont People with AIDS Coalition] link people to care, and we stage the big retreat in the summer which is 80 or 90 people who come together to talk amongst ourselves about HIV. We have lots of doctors, nutritionists and people coming in. The bulk of the money right now is going to that,” Schein said.

Over the years, the House of LeMay, which has a long tradition of philanthropy and supporting charitable causes, “We feel very blessed to live in a place so open and willing to accept us as Burlington [does] and we just want to give back,” Bolyard expressed.

When asked how the Winter is a Drag Ball has evolved over the last 25 years, Rev. Yolanda noted the change in scale and a greater variety in the performances. She added that she was “thrilled, proud, and honored” that the House of LeMay has continued to host the vibrant community event.

“The House of LeMay really took it to the next level and certainly created this amazing party that people all over Vermont come to,” Rev. Yolanda said. According to Schein, Vermont’s biggest drag event is expected to draw 1,000 attendees.

The theme of the Drag Ball’s silver jubilee is “be who you be,” a saying that for Rev. Yolanda speaks to the movement’s roots. “During the late ’90s and early 2000s, it feels like we were part of the movement with the resident LGBTQ community in Vermont,” she recalled. “Everybody at the time was really being visible, coming out into the open, and claiming their own space. Be who you be is really the theme of how the Drag Ball began.”

An Afternoon with the Vermont Youth Documentary Lab