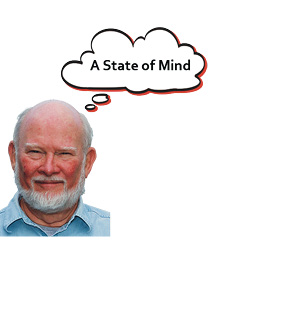 My new year began with a disturbing online news story (by Jessica Green for the Daily Mail) about a couple who sent out a wedding invitation containing grammatical and spelling errors. This, of course, was of major interest to me because I use the English language daily to make a substandard living (English majors take note!).

As is the case with almost every topic nowadays, the comments on social media were pretty much evenly divided between those that were critical of and those that were supportive of the couple.

Certainly, it was no surprise that the grammar police drew their weapons: “Either they were sloppy or they didn’t pay attention in English class back in school, Lare. They deserve what they get.” I’m sure there are readers out there who fall into this camp.

Some invitation recipients even went so far as to say they would not attend the wedding because the couple had not put much effort into producing it. That seemed kind of harsh, but hey, vigilance and a keen eye are required if you expect to receive a toaster as a wedding gift.

I know others of you out there are thinking, “But Lare, isn’t it just knitpicking? I mean, really, how many of us can claim to be perfect when it comes to grammer and spelling? Whom amongst us are able to cast the first stone?”

As a defender of English, I say, “Nyet!” Just kidding! I mean “Nein!” It isn’t just picking nits to expect people to use English correctly, especially when some of us require that everyone use English.

In recent years English has been under assault on the internet, and not just from those who use it as a second language. Tweets, Facebook posts, even the news feeds from reputable sources are rife with errors—typos, twisted grammar, missing words, lack of fact-checking. In some cases its a matter of “haste makes waist.” In other cases, it’s just plain ignorance.

One defender of the couple wrote, “No one is perfect, even I can’t spell for s***” (which was obvious from the repeated use of the wild-card character * when she could have easily *** the nail on the head).

If we let misspellings and mistakes go, we may soon reach a point where the two sides can no longer understand each other—kind of like when students today are forced to read Chaucer’s The Canterbury Tales:

Chaucer: And Frenssh she spak ful faire and fetisly, After the scole of Stratford atte Bowe, For Frenssh of Parys was to hire unknowe.

What if we allow high government officials—people who literally have our lives in their hands—to misuse English? Doing so can have serious consequences, as their comments often center around national security. I realize such people are honered to serve the nation, but we have already scene tweets from Washington sent with “there” instead of “their.” You don’t have to be a White House councel to know that such mistakes can have unpresidented effects.

The English language is a complex and living thing, and it continually evolves as we find new ways to express ourselves. So, when a new word or usage launches, such as “covfefe,” shouldn’t we be willing to accept it?

Perhaps. But as the news story about the wedding invitation demonstrates, traditional rules must also continue to apply. Otherwise, we would have, as the character in the film “Cool Hand Luke” said, “failure to communicate.”

So, as we move foreward from this day fourth, let us be more careful. Let’s make English grate again!