The City Council this week will vote on a final budget proposal to set before voters on Town Meeting Day. The overall FY21 spending plan calls for $14.9 million, with about $10.1 million to be raised by property taxes.

If approved, the increase would add about $100 to the municipal tax bill for the owner of a home assessed at $200,000. Much of this year’s increase to cover a roughly 25 percent rise in health insurance premiums for city employees.

The budget also includes $45,000 for the Homelessness Task Force, part of which will pay for one or two part-time street outreach workers. Also included is $23,500 for the Central Vermont Public Safety Authority and $16,000 for a shared social worker to be embedded with the Barre and Montpelier police departments. Councilors chose not to include a bond request to fund the renovation of the Barre Street Recreation Center. That request could appear on the November ballot.

More details on the budget will appear in the next two issues of The Bridge. 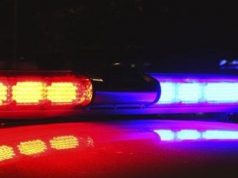