George Guernsey was Mayor of Montpelier from 1897 to 1898. He was also a prolific and accomplished architect.

Among the structures he designed in Montpelier were the Blanchard, Rialto, and Walton blocks downtown, John W. Burgess’s “Redstone” on Terrace Street, the Edward Dewey house opposite the State House, and St. Augustine Church on Barre Street.

In 1882 he designed a Queen Anne-style house for himself at 68 East State Street on the corner of Hubbard Street, where he lived until his death in 1900. Guernsey was the son of a builder in Calais and this house, now a multi-family dwelling, still exhibits his interest in architectural decoration and fine craftsmanship.

Heard On The Street 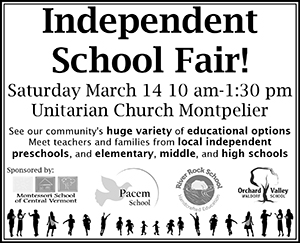