Montpelier’s oldest real estate firm has changed its address. Heney Realtors, a fixture on the corner of State and Main for more than half a century, has moved just around the corner to 15 East State Street.

The Heney family purchased the three-story, six-office building at 15 East State in April from owners Tony and Joan Beard for $1.1 million and moved into the offices formerly occupied by Shippee Eye Care on October 25.

Owner and principal broker Tim Heney said he had been looking for a brighter, more modern space that would better serve the changing nature of the real estate business for some time when opportunity knocked—namely the relocation of Shippee Family Eye Care to its new home in the Alvarez Block on Main Street.

“Our growth isn’t tied to being at the corner of State and Main anymore,” Heney said, comparing the new office, with its high windows, adjustable stand-up desks, and open space, to a “Capital One Cafe” model.

“The internet has changed how our whole dynamic works, for agents and for customers,” Heney said. “It used to be that Saturday mornings were like the public library with customers searching through MLS listing books. Now more than 90 percent of people who buy a house say their first connection was really on the internet.”

Whereas homebuyers once met the real estate agent at the office for a tour of several listings, 911 addresses and GPS navigation now give easy directions to any house in Central Vermont.

That wasn’t the case when his father, Lawrence “Bud” Heney, and grandfather, Bill, started the business in 1956, a time when a Main Street presence was more essential. After a short stint at Bill’s home, the business moved to 73 Main before the family purchased the building at 79–83 Main in 1965 and moved into the second floor. The business took over the storefront at 81 Main in 1971, where it remained until last month.

Heney said it is still important to be close to downtown, and the move is more about physical accessibility and workspace environment for customers and the company’s seven agents and staff than location. “The old space was dark and more dated than I realized,” he said.

Fifty years at the same location leaves an imprint on the city’s retail landscape, and residents will no doubt miss the iconic rotating gadget featured in the front window that displayed photos of properties for sale. Purchased right around the time of the 1971 storefront opening, it has “lived its useful life.” Heney said.

In its place at the new office are two-sided LED-illuminated photo frames, a nod to the 21st century. The old machine, purchased at an industry trade show, is available if anyone wants to buy it. The old office at 81 Main will be cleaned out and is in the process of being rented, Heney said. 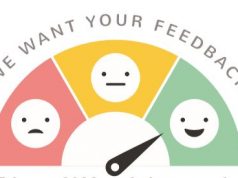