At a recent timber-framing conference, I found myself among a roomful of carpenters in the attic of the 1799 Strafford Town House. I imagine the original carpenters’ feelings were much the same as mine on raising day—excited to see the result of months of labor finally taking shape, and proud when the pieces fit together perfectly to create a building that would last for centuries.

In many ways, the scene in 1799 would have looked quite different from raisings of today: the frame would rest on dry-laid stone, not a concrete foundation. Instead of a crane, the timbers would be lifted with pulleys and ropes and the strength of many men. And I, a woman, would not have been welcome to participate.

Today, women are welcome to work in the timber-framing trade, and for that I am grateful. But as I looked at the conference attendees, I was struck by how homogenous a group it was. There were other women at the event, but I was the only timber framer. It was not the first time I noticed a gender imbalance in the industry, but I was struck by how bad it is.

Could it just be that women don’t want to be timber framers? Possibly, but many who take timber-framing classes aren’t making it onto job sites.

Maybe they don’t apply for the jobs, but why not? One possible reason may be that women see a prevalence of men in the industry and adjust their career goals accordingly.

In other words, it’s not that the gender imbalance is a result of a malicious exclusion of women—indeed, in my experience, female timber framers are warmly welcomed into the clan. It’s more likely a product of our culture, which makes it harder to rectify.

With that in mind, here are some tips to help combat gender imbalance in the workplace.

If you run a company: Keep in mind that women weren’t raised with as many opportunities to get involved in the building trades as their male counterparts. A woman applying for work may not have as much experience as a man of similar age. Focus less on years of experience and more on work ethic and the capacity to learn necessary skills. Don’t worry about physical strength: if you’re performing work an average woman can’t physically handle, you’re well on your way to destroying your back and should find alternative methods.

If you work on an all-male crew: Would a female worker feel comfortable on an all- or heavily male crew and how they interact with each other? While many women appreciate and take part in good-natured banter, no woman wants to overhear demeaning jokes about women while she’s at work.

If you teach building trades classes: Reach out to female students about industry career options and, if possible, suggest companies where they might apply. Recommend good female students to employers looking for new talent.

If you’re giving a presentation: Avoid referring to your crew as “my guys” and using “he” when referring to a hypothetical builder. It’s a constant subconscious reminder that women don’t belong in the trades.

If you have a daughter: Give her tools for her birthday and involve her in something that allows her to use them. Teach her how to use a screw gun in elementary school, a chop saw in middle school, and a chainsaw in high school. As she gets older, it won’t occur to her that she doesn’t belong in the trades.

If you’re an aspiring tradeswoman: Go for it!

For all of us: Even women can harbor sexist stereotypes. For years, I avoided asking female hardware store employees for help because I assumed male workers would give better advice. Try to be aware of assumptions you make about women in the trades and ask yourself if those assumptions are valid.

Helen Doyle is a member-owner at TimberHomes Vermont, an employee-owned timber-framing company in Montpelier and Vershire. 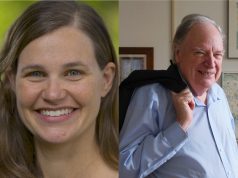 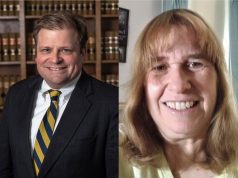