City officials have barely started work on a spending plan to present to voters in March, but they enter the process already facing a built-in 4-percent increase and few options to confront it.

The culprit is an unexpected 25.1 percent increase in the rate Blue Cross and Blue Shield of Vermont charges the city to offer health insurance to its 118 employees and their families in 2020. That amounts to about $300,000 and affects not only the FY2021 budget but the current budget as well. Because the health insurance plan year begins on January 1, the city will have to find about $100,000 in the current budget to cover the premiums through June 30.

The reason for the unprecedented jump is an unusually large amount of claims BCBSVT paid out to cover city employees in 2019. Because the city does not belong to a large pool of insured people and cannot obtain coverage through Vermont Health Connect, even a few major illnesses or health care expenses by a small number of employees can affect the rate, officials said. The city’s premiums had held fairly steady in the previous couple of years due to fewer expensive claims. By comparison, BCBSVT was granted a 12.4 percent increase in premiums for 2020 for its subscribers in the state exchange.

“We had some big claims last year and paid out more in claims than we took in through premiums,” City Manager Bill Fraser said. Options available to the city are few, Fraser said. It’s likely that the state’s other insurers, Cigna and MVP, would charge similar rates if they choose to bid at all.

“We’re going to have to budget for it and deal with it,” he said. “Plan B is to try to restructure the plan to lower the rate, and Plan C is to find some different longer-term solution.”

City employees are covered by a high-deductible plan in which the city pays the first $7,000 in covered medical expenses and the employee pays the next $1,000 (in addition to their contribution to premiums). Above that first $8,000 BCBSVT pays 100 percent of approved claims, minus certain co-pays. The city receives a lower premium cost by paying for the high deductible portion itself, so one remedy would be to increase that deductible amount, raising the point at which the insurer pays. That might reduce the increase to a level more in line with the 10 or 15 percent hikes other employers are seeing from health insurers.

Most Vermont municipalities used to belong to a pool through the Vermont League of Cities and Towns, but changes in the industry and state regulations led to the demise of that option. Because the Vermont Health Connect exchange only offers coverage to employers with fewer than 100 employees, the city found itself all alone in seeking coverage for its 118-person workforce, of which 92 are enrolled in the city plan.

A longer-term solution would be to convince state lawmakers to extend VHC coverage to all employers, or at least to municipal employers, with more than 100 workers.

In the meantime, the city is faced with coming up with the additional money while trying to manage the impact on property taxpayers, many of whom are facing health insurance premium hikes in their own lives. That means City Council members will likely be under pressure to hold the line on spending and forgo much in the way of new initiatives for FY 2021.

“I am at the point that if we are unable to find a different carrier or lower those costs in general that I would support a status quo budget,” Mayor Anne Watson said. “I’d be really hesitant to support anything much more than that because the percentage is already so big.”

Part of a Larger Conversation

District 3 City Councilor Ashley Hill believes that even a self-imposed 4 percent cap on spending increases for any purpose is too much. That it is eaten up by one item—health insurance premiums—is especially galling and is part of a much larger debate over how health care costs are paid.

“Why are we willing to accept a 25 percent increase?” she said. “Where is the negotiation? We have allowed insurance companies to treat health care like a business, but health care is a fundamental human right. Those who can afford these increases, like me, are no more deserving of good health than those who can’t.”

The argument for alternative ways to pay for health care is a major issue in the national conversation and the 2020 presidential race, and Hill said the city should be more vocal about its stance, for example, on whether health insurance should be so closely tied to employment.

“We have a real opportunity to shape the conversation around what we are willing to accept as the status quo,” she said. “Montpelier is the state capital, and we have a significant platform.”

One additional spending item already on the table for next year is the proposed addition of a Department of Public Works employee to help address the high number of overtime hours worked by employees on winter maintenance last season. New DPW director Donna Barlow Casey requested the addition at the October 30 Council meeting.

The City Manager’s Office is expected to propose a spending plan at the first Council meeting in December.

The Montpelier-Roxbury Public School District is also facing an increase in health insurance premiums, but one that is more in line with what has become a “normal” level. Teachers and staff at all public schools in Vermont are insured through the Vermont Education Health Initiative, a nonprofit that manages benefits.

VEHI has proposed a 12.9 percent increase in health insurance premiums next year, pending approval by the state Department of Financial Regulation. If approved the increase will cost the school district, which has 225 educators and staff, an additional $330,000 in FY 2021.

Superintendent Libby Bonesteel and Business Manager Grant Geisler said the increase, which amounts to 1.37 percent of the overall budget was not unexpected.

A larger concern, they said, is the uncertainty over a legislative mandate to negotiate a statewide teachers’ health benefit plan. The Commission on Public School Employee Health Benefits is currently in mediation to work out differences between representatives of the employees and employers. The result of that process could significantly change the health insurance structure for schools in 2021, leaving budget-writers with uncertainty about a line item that represents about 10 percent of school spending. 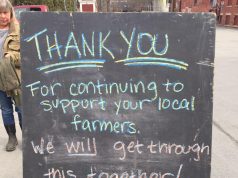 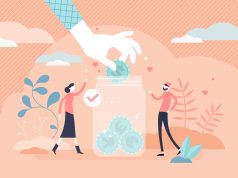 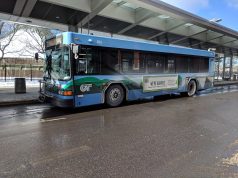