U.S. households own $56 trillion dollars in stocks, bonds, and other securities, but according to local investment guru Michael Shu- man, they’re not invested efficiently. “Locally owned businesses constitute 60–80 percent of our economy,” he said in a September interview on Goddard College Community Radio.

“If we had an efficient capital mar- ketplace, something like $40 trillion of that would go to locally owned busi- nesses. Instead, almost none does. Al- most all of the investment is in Fortune 500 companies. If you starve one set of businesses of capital, you’re not going to have a good local economy, and you’re not going to have resilience,” Shuman said. Shuman has spoken many times in Vermont, including to a packed House chamber in the State House. One of his books—Local Dollars, Local Sense— has been “translated” to Vermont’s eco- nomic opportunities. With the help of Vermont author Gwendolyn Hallsmith, a version has been published as Vermont Dollars, Vermont Sense. Shuman’s next book focuses on how to invest tax-deferred retirement savings locally. Put Your Money Where Your Life Is is due out in the spring of 2020, published by Berrett-Koehler. The book explores possibilities for self-directed IRAs, which one can set up for an an- nual fee of $250–$350, or solo 401(k)s, for income from self-employment. Where do you look for opportunities to invest your money locally? Shuman said to begin by investing in yourself, say, by retiring credit card debt. With credit cards charging 18 percent or more a year, he said, “It makes absolutely no sense for a person to put a penny into a retirement account if they carry credit card debt.” What’s unusual about Shuman’s advice is that he advocates retiring credit card debt while offering someone else a chance to make a tax-deferred retirement invest- ment. He’s done it himself. When Shuman had taken on too much credit card debt at one point in life, he contacted some friends with means and asked if they’d lend him money at 5 percent per year for five years to pay off the debt. It was a good rate of return for the friends, and a big interest discount for Shuman.
While he didn’t say whether the friends lent him the money through a self-directed IRA, that sort of loan is possible with the retirement account, as long as the loan recipient isn’t an immediate family member. When asked about the aphorism from Polonius in Hamlet, “Neither a borrower nor a lender be, for loan oft loses both itself and friend,” Shuman threw back the adage, “It takes a village to build a community.” And he threw in a telling anecdote about the first person he ap- proached with his somewhat audacious scheme to pay off his credit cards. “She wasn’t a close friend, but she was someone I’d worked with over the years,” he explained. “I said, ‘Look, I need your help.’ Her reaction was stunning to me. She said, ‘I have been waiting for this call for years, because I know there are so many people who need help.’” For those interested in investing their tax-deferred savings locally, Shuman recommends setting up a group to re- view investment opportunities. Vermont Dollars, Vermont Sense identified the Vermont Community Loan Fund as one organization in the state that will set up self-directed IRAs. Carl Etnier interviewed Shuman on his program “Relocalizing Vermont,” broad- cast on Goddard College Community Radio. Vermont Dollars, Vermont Sense is available for a free download at postcar- bon.org. Shuman is active in thenextegg. org, a site for people who want to invest retirement money locally.
UNDERWRITING SUPPORT PROVIDED BY 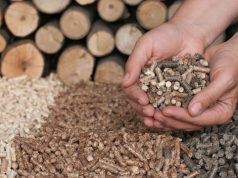 Higher Heating Costs Could Make For An Expensive Winter 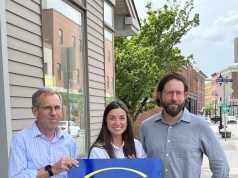