We were in the kitchen listening to NPR’s Wait Wait…Don’t Tell Me! one Saturday when Peter Sagal introduced as the guest that week “the legendary” Marin Alsop, music director and conductor of the Baltimore Symphony Orchestra. My wife made the statement that conducting was probably one of the most, if not the most, difficult jobs in the modern arts.

“What are you talking about?” I said, “It doesn’t look that hard.” My wife, Polly, took a deep breath. She was being patient with me. I had heard that sigh before. “Well it is,” she said.

My face flushed a bit. Feeling a deep- seated insecure need to defend my position, I said, “All the conductor does is stand in front of the orchestra and wave a baton around. It couldn’t be that hard.” She laughed.

“Laugh if you want,” I said, “but at the Pop’s concert last month a five-year old kid was invited on stage to conduct the 1815 overture.”

“Whatever,” but I knew instantly, from the look on her face I had gone too far. Said the wrong thing. Suddenly, Peter Sagal’s voice was just a blur in the background. “You know nothing about music,” she said, “or conducting.”

I couldn’t argue with that. My only musical experience involved learning a few ukulele chords and playing the triangle in the Loma Vista Elementary School percussion orchestra. Neither of these activities involved a conductor. To make matters worse, Polly is a cellist in the Vermont Philharmonic.

I think I’m not exaggerating when I say she had a bit of attitude when she said this.

“Imagine standing in front of 50 musicians who are expected to play very beautiful, very difficult music, and with only a small wand and physical gestures, keeping them focused and playing in concert with one another.”

“The cliché about herding cats comes to mind,” I said. “Forget cats, it’s hard work,” she said, “these musicians, all of various skill levels, play in sections— strings, winds, brass, and percussion— and those sections must interface with one another, be in harmony with all the other sections.”

“I used to play in a percussion orchestra,” I said.

is playing too loud or too soft; they must know if an individual or section is beginning to lose focus and wobble out of synchronization. They are reading off a score that has all the parts, and they need to make sure each part comes in at the right time.”

“Maybe it is a bit harder than I imagined,” I said. “Too fast, too slow, too loud, too quiet, lots of parts, no wobbling,” I said. “I think you’ve got it,” she said. “That’s not all…” There was applause from the radio and the fading sound of Peter Sagal’s voice. “The conductor has to work endless hours in rehearsals, fine tuning each movement, experimenting with sounds, keeping the orchestra in sync.”

“Now I know why there aren’t more five-year-old conductors,” I said.

“Good conductors are rare,” she said.

“He has a wide range of dirty looks,” Polly said, “He has encouraging looks, too, you’re coming in too early looks—premature looks I guess you’d call them—and play louder, play softer looks.”

“I would love to sit in the orchestra,” I said, “surrounded by music. In the middle of the action, where I could watch the baton swishing through the air and see all the subtle facial expressions and hand gestures.”

“Come to the fall concert October 21,” she said, “It’s the Opera Gala. You’ll

see plenty as an audience member. Just watch and enjoy.”

“Why is it they never want you to clap at classical music concerts,” I said. “Who makes the rules anyway?” Our cat Jill LePurr jumped on my lap and smiled. 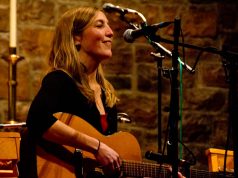 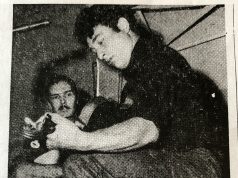 Another Musical Walk Down Memory Lane 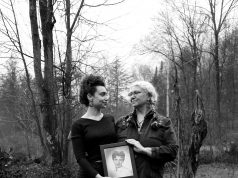