“Until our own time, the higher the achiever (male), the more likely it was that the woman who slept in his bed would be judged unworthy of his company,” says Germaine Greer in her insightful book on Anne Hathaway, Shakespeare’s Wife.

When you think about it, you have to admit that’s true. After all, Shakespeare is part of our everyday parlance throughout the Western world, and yet, when telling people I am playing Anne Hathaway in Lost Nation Theater’s production of Shakespeare’s Will, the common expectation is that I am playing the contemporary Academy Award-winning actor. Indeed, most have never heard of Shakespeare’s wife.

It’s an honor and a privilege—not to mention a lot of fun—to release Anne Hathaway from the prison of silence and invisibility and give her a voice, 400 years later on, especially as, historically, she has been demonized at worst and considered irrelevant at best.

Unlike the bard himself, few facts of Anne’s life are known. As an actor, this offers tremendous opportunity. Rather than impersonating someone whose voice and image are widely known, I can find almost complete freedom in filling in those gaps. Playwright Vern Thiessen uses the void of Hathaway’s life and the mystery of Shakespeare’s will as a canvas for expressing women’s eternal struggles and victories.

Although the play is set four centuries ago, playing Anne feels surprisingly familiar to me, as I believe it will to any woman, wife, or mother whose life continues to lean into the drudgery of the “domestic.” Nevertheless, within those confines, Anne emerges as clever, bright, intuitive, sensual, and deft.

Moreover, the play is not bound by realism. This is a memory play and highly theatrical, chronicling their lives together, their meeting, courtship, children, the birth of his artistic life, her lovers, the years till his death, and all that occurred therein including a thrilling escape from the plague pandemic that struck in 1593.

As an added treat, I portray another eight characters (including William), all in conversation with myself. This convention has the added fun of requiring lightning-fast changes in voice and gesture with often hilarious results.

Most mysterious of all, is Shakespeare’s last will and testament, penned and revised a mere month before his death (thus the title of the play). In it, he left a peculiar and mysterious bequest to his wife Anne that has remained inscrutable, a source of puzzlement and mystery for 400 years despite the thousands of books written on the man. Like the recent film, All is True, with Kenneth Branaugh and Judi Dench, Shakespeare’s Will wrestles with that bequest and takes place on the day of his funeral.

It is certain to have surprising resonance with a contemporary audience. One need know nothing of Shakespeare to enter Hathaway’s world and take this journey—it is very accessible and explodes the expectation of historical “museum” theater.

Who Picks This Up From the Sea: PoemCity 2021 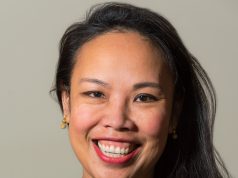 Phayvanh Luekhamhan to Helm Montpelier Center for Arts and Learning