There are 12 vacancies on seven of the city’s 23 committees, according to Jamie Granfield of the city manager’s office.

“The Planning Commission, Tree Board, Conservation Commission, Parks Commission, and others often have more applicants than seats to fill because residents feel strongly about those issues and want to be part of moving the city forward,” explains Granfield. “Lately we’ve noticed younger, new residents to Montpelier applying to be on committees, specifically mentioning that they want to ‘give back’ to their community. That’s really encouraging!” She also said the city is working to attract high school students to serve in non-voting capacity through an outreach called “Solons on Boards.” For details visit montpelier-vt.org/committeevacancies.

Parks Director Geoff Beyer has obtained all the permissions needed to groom an extended trail from  North Branch Park to County Road. “We have permission from nearly 10 generous landowners to begin grooming a trail from the North Branch River Park to County Road near the Morse Farm Sugarworks,” Beyer says. Skiers who want to take the trail from the top will be welcome to park in the lower lot at the Morse Farm, he added. Beyer expects to be grooming soon and will have status updates, trail conditions, and a map posted on the Montpelier Parks Facebook page and at montpelier-vt.org/211/Park-Maps.

Once again, the Adamant Co-operative Store is having a “Mud Season Mania” shopping contest. The shopper with the highest total in purchases at the Co-op through April 15 wins.

The Cabot-based company received this year’s Efficiency Excellence Network Partner of the Year award, one of the eight annual Best of the Best awards, presented by Efficiency Vermont. The company was selected based on the following criteria: A track record of positive customer interactions and feedback, commitment to the principles and concepts needed to advance energy efficiency and drive the adoption of best practices, and embracement and promotion of Efficiency Vermont’s mission.” 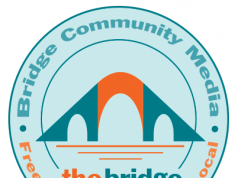 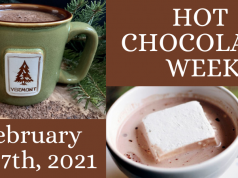