By Bekah Mandell and Jeff Mandell

In 1975, Robert Brower and our dad, Larry Mandell, used a federal job training grant to start Woodbury Associates, which would become Woodbury College.
Our dad believed that in a democracy everyone should understand something about the law. And he didn’t think people should have to go to law school to do it.

Woodbury’s first program trained unemployed Vermonters for careers in the newly emerging paralegal field. At the time, lawyers were reluctant to give up their exclusive hold on the legal profession. Now paralegals are essential in law offices everywhere.
In the early 1980s, Larry and Susan Terry started the mediation program at Woodbury. In 2004, Woodbury began offering a Masters in Mediation, the first program of its kind in the country. Woodbury’s mediation programs were based on the revolutionary idea that not all conflict—legal or otherwise—has to be solved in a courtroom and that lawyers weren’t always the best ones to help people solve problems.
More than 40 years after Larry and Robert started Woodbury, nearly 2,000 Woodbury graduates are doing all kinds of wonderful things for the world. Many have become lawyers by reading for the law. Others play essential roles in Vermont government, nonprofit agencies, and the private sector. One is a Vermont Supreme Court Justice, another was the director of the state Human Rights Commission, another is a trial court judge. Other alumni are advocates for children and families, directors of community justice programs, and mediators, consultants, and attorneys in private practice. Forty-five years after it was founded, Woodbury’s graduates continue to make an impact in our community.
Our dad was so proud of Woodbury and its students, staff, and faculty. On Woodbury’s 30th anniversary he said: “I’m honored to be part of an organization that has so many wonderful graduates doing such important work. Our students are my inspiration. Their dedication to improving lives has been my motivation for the past 30 years.”
While still leading Woodbury, Larry served as the chair of the board of the Vermont Community Foundation and on the Accreditation Committee of the New England Association of Schools and Colleges. After he retired he became the chair of the board of the Public Assets Institute, where he became more involved with policy to promote racial, social, and economic equity.
Outside of Woodbury, Larry had an ace tennis serve, and after he retired, developed a passion for golf. Last fall he was the Barre Country Club Gold Flight Champion. He was also a fantastic husband, father, and grandfather. Many of you may have run into him in Montpelier over the past few years taking his grandchildren out to lunch or warming up at one of Jeff’s yoga classes at the senior center.
We love this quote about our dad from Montpelier attorney Paul Gillies, who wrote about him in the Summer 2005 edition of the Vermont Bar Journal:
“Larry believes in his students…the goal of Woodbury is to teach students to think critically, write well, and have confidence in themselves. What more could you ask from any school?
We all dream. Some dreams materialize. Some are mislaid. When you meet someone who has seen it realized you have to stop and bow. Larry is in the business of making good citizens. His efforts make better communities. If there is a chance for ours to continue to become a just and democratic society, thank Larry. It was his dream.”
We will miss our dad forever, but like Paul, we are so grateful for his optimism and dedication to our family and this community.
Contributions in Larry’s honor can be made to The Larry Mandell Fund for Racial, Social, and Economic Equity at the Public Assets Institute online at: publicassets.org/blog/larry-mandell-remembered, or by check to Public Assets Institute, PO Box 942, Montpelier, 05601.
UNDERWRITING SUPPORT PROVIDED BY 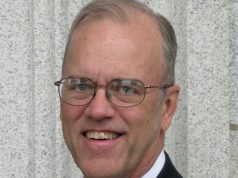 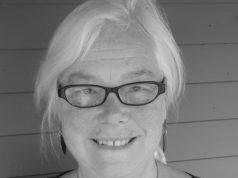