There’s no denying the pastoral beauty of Vershire, Vermont, at the headwaters of the Ompompanoosuc River in the Upper Valley. But for TimberHomes, a builder of timber frame structures, the rural location—even for Vermont—does create limitations to business and pleasure. Thankfully, success, including 100 percent growth from 2016 to 2017, has allowed the company to expand to a new location in Montpelier, or rather, as member-owner Timo Bradley puts it, “an upgrade.”

Montpelier was not just a strategic choice, but a natural one. Several employees and workers already live in the capital region. “I grew up in Calais,” Bradley says. “We decided it would be nice to be in town, so we chose Montpelier, as that always felt like being in town for me.”

Purchasing a nine-acre plot on Elm Street in 2015—between Pearl Street Motors and Vermont Expert Tree—the company broke ground in the beginning of July 2018. The concrete foundations were being poured as this article was being written. Construction of the 4,320-square-foot timber structure, at the cost of around $650,000, will continue through the remainder of the year, with the goal of getting the shop up and cutting frames for houses, barns, pavilions, and park kiosks by February, 2019.

As with any business expansion, there’s a risk, and breaths are being held and fingers crossed by the staff of employee-owners and workers. “We are certainly taking a leap of faith and putting a lot on the line in order to get this facility up and running,” said Bradley. Thankfully, the City of Montpelier has been welcoming. “The city, really on all levels, as well as the state have been very encouraging and supportive of our move,” Bradley says. “The process really hasn’t been as hard as one could imagine it being. It’s really been quite smooth.” 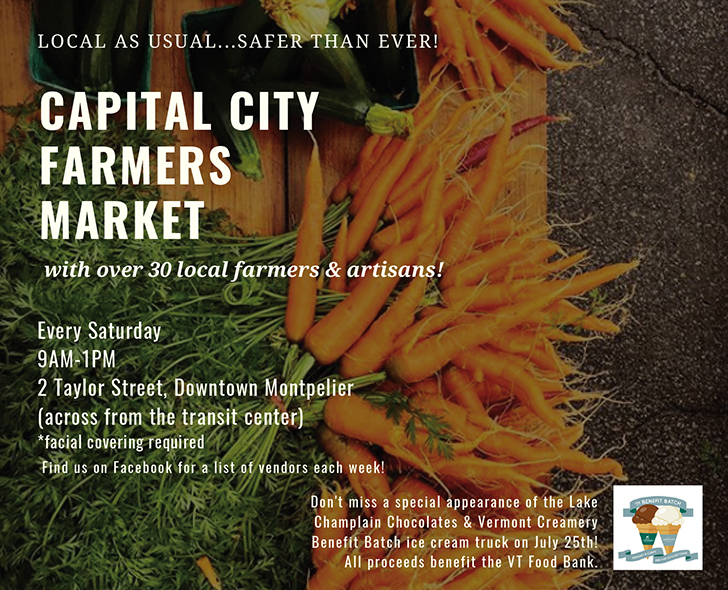 Support also came in the form of a level-two tax stabilization, approved by the city council on June 27. The award means that TimberHomes will pay half of the municipal tax for four years (but all the education tax). The municipal tax will kick up to normal levels in year five. This translates into a savings of $2,381 per year at the current tax rate, according to City Manager Bill Fraser. The award was a pleasant surprise for Bradley, who wasn’t sure what to expect upon applying for it. “I guess we successfully made the case to the city council. We were hopeful, but we didn’t know for sure.”

The vote was not unanimous, however, with councilors Ashley Hill and Jack McCullough opposing. Both expressed happiness about TimberHomes moving to Montpelier but doubted the wisdom of awarding the status. McCullough notes the “but for” provision in the policy, which says that in order to be eligible, a project must show that “but for” tax stabilization, it would not move or expand to Montpelier. Because TimberHomes was going ahead with the project regardless of whether they received stabilization or not, McCullough said, “I felt the decision was mandated by that factor.”

For Hill, the no vote was also motivated by a general philosophy regarding such stabilization awards. “I struggle with the idea that the only way businesses are going to come anywhere is if we give tax abatements. I think that’s short-sighted public planning, particularly for the Montpelier area. Our residents are footing the bill here, and businesses who benefit from our infrastructure and community don’t have to pay their fair share, and to me that’s not what the role of the city council should be.”

In response, Mayor Anne Watson stated, “The majority of the council voted for it because we want to support new businesses coming to town, and this was a small way for us to show our support for them. Having said that, I’m looking forward to revising our tax stabilization policy to better align the policy with the council’s goals.”

TimberHomes also received a variance on the sprinkler ordinance, since the construction will use “green” freshly sawn timbers, which have a high moisture content and literally will not burn.  That translates to a savings of around $100,000, because the site is not on city water or sewer and the project would have required the installation of enormous water holding tanks on the property. Nonetheless, at the command of the fire marshal, TimberHomes will install a state-of-the-art fire alarm system.

Arriving with the company are also several new Montpelier residents, who have moved from Vershire and Middlesex to take up seven positions at the new shop. With growth, there is a reasonable expectation of hiring local help, if only seasonally, but it will need to wait until new operations are generating the hoped-for revenue and demand.

TimberHomes is also eager to provide public benefits besides jobs, according to fellow TimberHomes worker-owner Shannon McIntyre in her testimony before the city council. Among the ideas under consideration are including a carry-in canoe launch on the river running through the back of the property, a picnic shelter accessible to bikers, electric vehicle charging stations, community-based learning programs, and internships for students at area schools. There’s even the idea of building two residential houses on the land, but, she notes, “We don’t have a fully laid-out plan for any of these things.”

With the new shop, Bradley hopes to increase revenue streams. “We are certainly hoping that the move to Route 12, one of the city’s main arteries, will give us some additional exposure and more projects related to that exposure.”  But if there is any increased success, Bradley attributes it more to the people building and supporting the frames. “We are extremely lucky. We have a talented workforce—young, forward thinking, really excited about the work. I can’t say enough about them.” 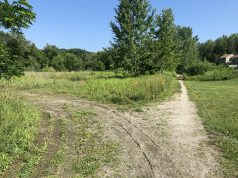 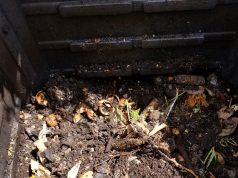 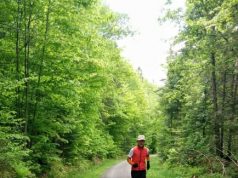