Everyone knows Vermont is the ice cream and dairy state. But if you’re still looking for a good place to eat ice cream, we’ll talk about some places and how they’re good and bad. The places are the Dairy Creme, Chill, Canteen Creemee, Bragg Farm, and Ben & Jerry’s Factory.

First, the Dairy Creme. There are many flavors of ice cream, root beer floats, and ice cream sandwiches the size of my head! There is one bad thing: when the Dairy Creme first opens in the late spring, the line to the ice cream counter is five miles long. It is on State Street in Montpelier. It has quite a nice setting. It is on the bank of a river, with benches and shade. It is one of the best ice cream places. Be warned: There are usually not many parking spaces.

Next on the list is Chill. It is found in downtown Montpelier, close to the State House. It is pretty hard to spot, though. There are 12 usually weird flavors that change every week. You never know which flavor you’ll be having next. It also has indoor and outdoor seats. There are no bad things to mention about Chill at all.

The Canteen Creemee is a little place in Waitsfield. It has large ice cream with crazy toppings. I forgot most of them, but I remember a guy roasting the marshmallows on my dad’s ice cream with a blowtorch. The ice cream is really messy, but good. The line was a crazy size when we got there though, so it must be pretty popular.

Bragg Farm is in East Montpelier. It is a pretty nice place, with a farm and a gift shop. There aren’t many flavors, but they have maple creemees, root beer floats, and big sundaes with lots of toppings. If it’s close to Halloween, you can also stop there for pumpkins. There are also nice benches, and it is in a nice setting.

Ben & Jerry’s Factory is in Waterbury. You can go on a factory tour, and there is also a gift shop. The factory tour has an informational film about the history of Ben & Jerry’s and a tour of the machinery and the making of the ice cream. After the tour, you get a free sample of a random flavor of ice cream, or you can buy a cone outside. It also has an ice cream graveyard of all the disliked and departed Ben & Jerry’s flavors.

Hopefully you learned from this list of places where to get awesome ice cream, and you should definitely try out all of them. Thanks for reading! 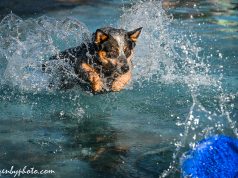