MONTPELIER —  Whether its dim lights and pool tables or bright lights and big TVs (and more pool tables), the capital city bar scene has got late-night crawlers, after-work escapees and mid-afternoon journalists all covered. And they all have a healthy share of local beers.

One of the most visible spots on Main Street is Charlie O’s, where the lights are dim, a pair of pool tables, darts and even the classic “Big Buck Hunter” arcade machine in back caps the perfect atmosphere for those looking to socialize rather than zone-out in front of ballgames.

Owner/bartender Abby Jenne is adamant about the importance of going around and checking on patrons and striking up conversations. She said it’s not the kind of place that requires getting a drink to feel relaxed, but for those thirsty anyway there’s Idletyme from Stowe on tap, a handful of other Vermont brews along with the usual standards.

“People will look you in the eye … you can be who you are,” Greg Prior, a St. Johnsbury native who visits from Seattle said.

“We’re true to our roots (it’s been a pub for about 150 years) … we’re your hometown bar,” was how Jenne described it.

For perhaps the widest selection of Vermont brews, a little brighter lighting and some big TV screens, there’s Three Penny Taproom further down Main Street. Owner Scott Kerner was busy behind the bar but still took time to chat and create a welcoming atmosphere.

One can visit the Taproom frequently and have different Vermont brews each time. Von Trapp from Stowe and Frost Beer Works from Hinesburg are just two of many on tap, Kerner said more than half of their whole selection is of Vermont flavor.

There’s a bar menu and restaurant area as well. Despite the glossy atmosphere, the food prices are relatively down-to-earth. And the beers are fair-priced as far as crafts go.

Likely the best sports-bar in town could be Langdon Street Tavern. There’s a TV “for every Sunday football game” according to new owner David Magne, and some of them are quite large.

This is the same space recently occupied by McGillicuddy’s Irish Pub just earlier this year. There are a few Irish dishes on the menu that pay homage to the old setting, such as the Reuben sandwich.

At first glance, it’s almost difficult to recognize this was ever the same space as McGillicuddy’s. The hard marble bar is one apparent upgrade among many, but there’s still original woodworking around from its early days as a printing press.

Magne said they’ve still got most of the old regulars. He also said their new trivia night on Wednesday evenings has become a big hit.

Fiddlehead (Shelburne), Zero Gravity (Burlington), Lawson’s (Warren) and Shed (Middlebury) are just a handful of Vermont brews that can be found at Langdon’s.

Just across the bridge at the end of Langdon Street is Sweet Melissa’s. The signature standout for this bar is the stage, with live music pretty much every night of the week according to bartender Robert Morgan.

They rotate a couple of Vermont brews, on tap this week is Fiddlehead, First Republic (Essex Junction) and the staple Vermont brew Switchback (Burlington).

Morgan said they’ve got some menu items and good patrons, but again the main draw here is to listen, dance and occasionally join in on Karaoke nights (Sundays).

Only so many pubs can be visited in one swing, there are more than a handful of worthy honorable-mentions across town.

One of the big newcomers is Bear Naked Growler. Not quite on Main Street, it’s over behind the former Trading Post near Pioneer Bridge.

“Take out or drink in” is the tagline on their web page. Beer is their main trade, but they seem to get high marks for their food as well.

Positive Pie is a good Italian restaurant with a big bar, lots of Vermont brews on tap, and big TVs for sports.

Where the Coffee Corner used to be is new-comer Blue Stone, another Italian flavor option, which looks to challenge Positive Pie for some of that crowd. They appear to have a long line of taps at the bar.

J. Morgan’s Steakhouse in the Plaza Hotel is always an upscale option. And the American Legion is a welcoming place for veterans and those related to veterans.

Michael Bielawski is a freelance reporter for The Bridge. He can be reached at bielawski82@yahoo.com. 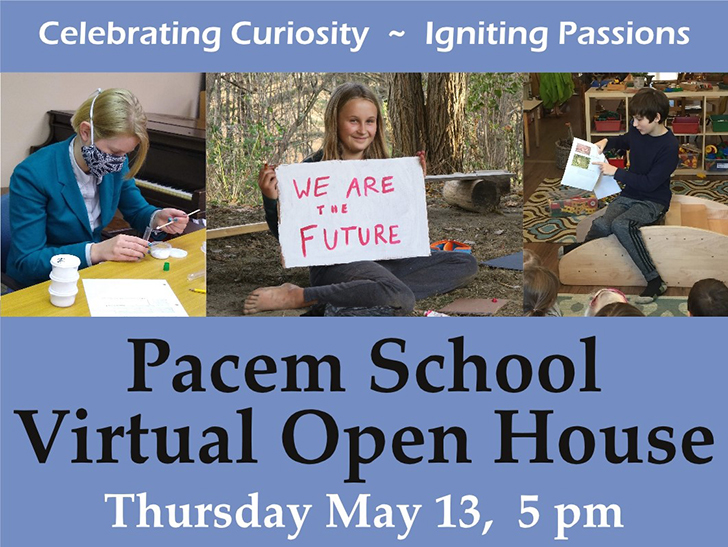 ‘Of An Era’: The Horn of the Moon Café, And All It Stood For