About the struggle over Berlin Pond and by extension the struggle to protect Montpelier’s drinking water supplies — to begin with — let’s acknowledge the sharp disagreements.

In October 2011, the Vermont Supreme Court ruled that the City of Montpelier had no authority to prohibit recreational uses on the Pond — a ruling that ended more than 100 years of Montpelier’s control of the pond.

The Supreme Court didn’t necessarily open up the pond to a range of recreational uses. It simply said very clearly that Montpelier did not control the pond. Instead the court ruled that the State of Vermont was the controlling authority under the state’s public trust doctrine and that doctrine is enshrined by these words from the Vermont Constitution:

The inhabitants of this State shall have liberty in seasonable times, to hunt and fowl on the lands they hold, and on other land not inclosed, and in like manner to fish in all boatable and other waters (not private property) under proper regulations.

In November 2012, citizens in the Town of Berlin voted essential by a 2-1 margin (793 to 441) to allow public access and recreational use on the pond.

But over time Montpelier residents began to be aware of what public recreational access might do to the quality of the water supply from Berlin Pond. In due course the Montpelier City Council and the City’s representative in the Vermont House went to the Legislature to seek state authority to regulate the pond.

Then in March 2016, the City of Montpelier put the following resolution before voters at the March 1 City meeting.

That resolution won the overwhelming (86 percent) support of Montpelier voters with 2,791 in favor and 455 opposed.

In recent weeks the City’s drive to seek legislative authority to control the pond has once again stalled — this time in the Vermont House Government Operations Committee.

According to Rep. Warren Kitzmiller who has consistently advocated for Montpelier’s control of the pond — H.6 — the bill that would grant the City the authority to regulate the Pond is still “on the wall” in the committee room. It could therefore still be considered in 2018, the second year of the current legislative biennium.

But according to observers close to the committee a fresh look at H.6 in 2018 is unlikely to happen because committee support for the bill, they say, just isn’t there.

Based on that assessment, on April 7 Committee Chair Maida Townsend sent a letter suggesting that a broad-based working group be assembled to see if common ground could be discovered between the major players — the City of Montpelier and the Town of Berlin. And also the towns of Northfield and Williamstown. And also major public officials representing  the State of Vermont’s Fish & Wildlife Department and drinking water specialists.

As Fraser said in a phone call with The Bridge, “This is an opportunity for us to talk with some of the people to let them know why we are fighting so hard to keep it regulated.”

“How long do you fall on the sword?” he asked about repeated attempts to get legislative action.

When I asked him about compatible uses, he said, “It’s too early for me to say, I don’t know yet.”

In this country, there’s a widely held notion that if you win election or if you win passage of a hotly contested piece of legislation here in Vermont or in Washington, D.C. — the winners were right and the losers were wrong.

Some will argue that it’s wise, that it may be in the best interest of the City of Montpelier to attend the working group meeting, seek common ground, get the best deal we can get with the Town of Berlin, the State of Vermont and the sporting organizations that have pressed to open the pond.

It’s true that some concessions have already been made: no gasoline-powered boats on the pond, no motors, no swimming.

But we haven’t paid attention to the New England Water Works Association that warns that recreational access to a drinking water supply increases the likelihood of “microbial, physical and chemical contaminants in the drinking water produced from these source waters.”

And we’ve ignored the advice of Marco Philippon, Water Treatment Superintendent for the City of Concord, New Hampshire who wrote; “Concord continues to protect the water shed, recently acquiring a grant to purchase another 110 acres which will keep any potential contamination sources away from the supply. We have seen the benefit of zero access and communicated that to the city and state. We would encourage any community that maintains a surface water supply to follow Concord’s example.”

The City of Montpelier has taken a loss from the Government Operations Committee of the Vermont Legislature. The protection of our drinking water may well be compromised. We’ve lost an irreplaceable resource, protected for more than 100 years.

Once a resource is degraded it is seldom brought back from degradation. And if, and who’s to say when, but if public access to the pond contaminates the pond, who will pay the $750,000 to $1 million for an “enhanced” or “upgraded” water treatment plant?

Will the State of Vermont pay? Or the Town of Berlin.

No, it’s likely that Montpelier citizens and taxpayers will pay. 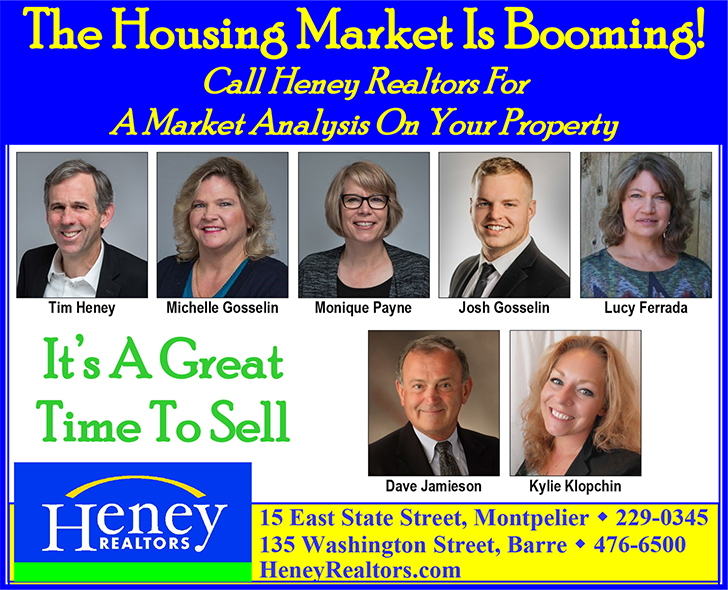