Gerard Paul “Jed” Guertin Jr. passed away at home on March 30. He was born in Springfield, Vermont, on January 12, 1943, the son of Catherine McSherry Guertin and Gerard Paul Guertin. Jed grew up in Shrewsbury, Mass., where he nurtured an interest in ethics (while hiding his motorcycle at a friend’s house). Known as “Flex” to his coworkers at Strand’s Ski Shop in Worcester, Jed was a competitive water and snow skier. After college, Jed moved to Burlington, Vt., where he started The Ski Rack in 1968. Near the end of The Ski Rack’s first year, Page Smith wandered in to rent a pair of skis — four months later she and Jed were married. Through a series of careers and businesses, Jed and Page raised two sons, and Jed earned his master’s degree in Resource Economics at the University of Vermont.

Along the way, Jed and Page developed their mutual interest in sailing, and in 1998 they sold their house and most of their worldly possessions to sail away. They cruised the East Coast for five years, from Lake Champlain to the Bahamas, marketing Jed’s marine invention and exploring sea and shore. Eventually they were called back to land by the arrival of grandchildren.

Jed was husband, father, silly (and adoring) grandpa, businessman, salesman, “designated hugger” for the local little league team, high school and college ski coach, college instructor, inventor, sailor, plumbing enthusiast, political wonk, advocate for the color-blind and whistle-blowers, curmudgeon, cobbler, rough carpenter, storyteller, novice magician, internet troll slayer, home trash and recycling manager, prodigious reader, water quality defender, tinkerer, “Picklehead” — and very sensitive man. He was a kind and positive figure in the lives of people, young and old, whose paths crossed his. An intrepid seeker of truth and justice, he always followed his moral compass. In the last few years of his life, Jed worked tirelessly to protect and maintain drinking water quality for the residents of Montpelier and all of Vermont.

Gifts in Jed’s honor can be made to the Kellogg-Hubbard Library, 135 Main St., Montpelier, Vt. 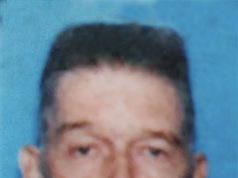