COLCHESTER — The two major party candidates for Vermont’s next attorney general faced off at the Vermont Press Association’s debate last Sunday afternoon, drawing out their differences but also finding some common ground, particularly with the state’s opioid crisis.

Democrat TJ Donovan of South Burlington and Republican Deb Bucknam of Walden debated for the fourth time this election season as part of “Debate Sunday,” this time at the McCarthy Arts Center at St. Michael’s College.

Liberty Union Party member Rosemarie Jackowski of Bennington was invited but did not attend.

He also said all first-responders should carry Narcan, an overdose reversal drug that he credited for saving 700 lives in Burlington over two years.

Bucknam, a St. Johnsbury attorney, said she has a seven-point plan to combat the “terrible disease” of addiction, which includes both treatment and prevention. Bucknam wants to form a taskforce of law enforcement, educators and human services agencies to analyze what programs work in Vermont.

Donovan said all Vermonters don’t have the same access to justice, including a program like his Rapid Intervention Community Court Program that diverts addicts from prosecution in favor of treatment after arrest.

But for offenders who are sentenced to prison time, for drug offenses or otherwise, Donovan and Bucknam disagreed on Vermont’s practice of sending prisoners to out-of-state, private prisons.

Donovan said it seems less expensive, but the cost doesn’t account for recidivism, which is higher for those inmates. He said Vermont needs to reduce its in-state prison population, suggesting the state adopt a compassionate release program and consider mental illness in prison.

“Our jails should not be our largest mental health facility in this state but unfortunately are,” he said.

Bucknam said the state should conduct a cost-benefit analysis on the prison contracts, which she said saves $9 million annually. Those funds could be used to address housing and drug treatment for offenders, she said.

“If we can bring them all back (to Vermont), I think that’s a great idea,” she said, noting her own clients have family members doing time outside Vermont, “but with any organization, there must be priorities.”

The candidates also considered police body camera footage and prosecutors’ sometimes-hesitation to release it, particularly in the latest officer-involved shooting in Winooski.

Bucknam thinks police too often use the excuse that releasing information could help suspects. She also cited the state’s refusal to release documents pertaining to the EB-5 investment program scandal.

“There is an investigation going on, but that doesn’t give the state carte blanche to keep all its records. That investigation could be five years long, and the public has a need to know,” she said. “Vermont is not doing that well in regard to transparency.”

Donovan deals with this issue daily, saying attorneys must consider the investigation’s integrity.

“Why would you ever put some evidence out to the public that could possibly taint an eyewitness’ testimony?” he said. “That is the issue with body cameras.”

The candidates also discussed the importance of helping everyday Vermonters.

Donovan said he’d focus on “kitchen table issues” with a small business resource center. Before Vermont’s GMO labeling law became effective, Donovan said he spoke with a shop owner concerned about compliance. The AG’s office sent him a pamphlet, which instructed, “Do not call us,” Donovan said.

“That’s exactly what has to change,” he said. “We should be doing everything we can to help.”

Bucknam agreed but said she’ll focus on small businesses by creating a protection unit, which will contact state agencies on Vermonters’ behalf and work with them to clarify regulations.

Later in the debate, the candidates considered if Donovan was elected, whether he would resign early to allow Gov. Peter Shumlin to appoint a new state’s attorney, or if the new governor should appoint one in January.

Donovan and Bucknam both called the question “presumptuous,” but Donovan said he’d serve until January, allowing the new governor to find his successor. He hopes that person would be a Democrat recommended from a party caucus, he said.  He said the tradition is for both parties to send names to the governor.

Bucknam chose instead to say if she’s elected, she would have to close her practice, and her clients would have to find new representation. 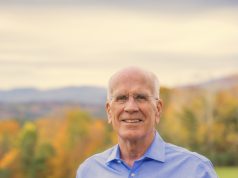 Welch to Run for U.S. Senate