The recent letters to the editor criticizing Montpelier’s city council have reminded me that several council members will most likely be running for reelection when their terms expire in March, 2016. I think most people vote for candidates on the basis of general impressions, but especially considering all the growing discontent about taxes and other local issues maybe everyone should take a little time to watch some videos of council meetings on ORCA TV. Are your representatives representing your interests, delivering on campaign promises they may have made, acting in ways that seemed informed, responsible, and professional? Viewing the sessions themselves may be an eye opening way to see for real.

Thank you for extending your news coverage to Barre, my hometown. The reflection on Lara Sobel was both informative and heartfelt. And thank you for The Breeze, your youth publication. Chain-owned media may complain about aging readership, but it takes a hands-on publisher who knows and loves his community to do something positive about it.

In your August 20 issue, solar power advocate Kyle Neyer writes: “I grew up in Pennsylvania and I could see the plumes coming from the nuclear power plant as they produced dirty fossil fuels.” In fact, nuclear power plants do not burn fossil fuels and therefore produce no carbon emissions. What he probably saw was clean water steam, a benign outcome of the pipe cooling process. This is an important point because Mr. Neyer is not the first renewable power advocate to misstate or downplay the essentially zero-carbon nature of nuclear power. The U.S. Energy Information Administration confirms that the “lifecycle” (from mining the fuel to decommissioning the closed plant, and every activity in between) carbon emissions of nuclear power is so low as to be classified with wind, solar and hydro as a “zero emitter.” Of the four it is by far the largest power source, in the U.S., producing about one-fifth of all electricity.

It’s fine to hope and plan that solar and wind power become Vermont’s electricity future. But they are not our electricity present – that dubious honor now goes to fossil-fuel natural gas, the carbon-emitting fuel on which we are increasingly dependent, now that Vermont Yankee no longer operates. Fossil-fuel burning plants justify their smoke-stack emissions in part by buying “energy credits” from Vermont renewable power. These credits are essentially a “get out of jail free” card for the region’s largest source of greenhouse gases.

Rather than falsely painting nuclear with the black brush of smoggy emissions, climate change advocates should join James Hansen of National Aeronautics and Space Administration and other leading climatologists by embracing nuclear power as, at the very least, a zero-carbon transitional power source. In this case, the “politically incorrect” position is actually environmentally correct.

A number of articles and letters to the editor fault the Public Service Board for so easily approving communications tower and alternative energy projects. My review, as an experienced land use attorney of many recent cases, indicates that much fault (or credit, if you support such projects) belongs to the Vermont Legislature which has specified a review process for such projects that is less rigorous than that required for other projects. 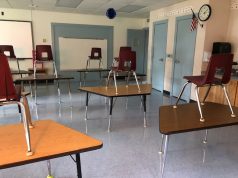