Home News and Features Features School’s Out, What Will You Be Doing This Summer?
Facebook
Twitter
Email

Photos and story by Lindsey Grutchfield-

“So I’m going to teach a camp. I’m sort of a counselor in that. It’s a dance camp. Then, I’m going camping and visiting my grandparents. I’m looking forward to having no school.”

“Starting with the work: I have two courses that I’m going to be taking. One is about teaching economics and trying to make it more attractive and engaging, and that’s out in Colorado. The other course is about personalized learning plans. So those are the two courses, and in between I’m going to Cape Cod where I grew up. I’ll also be tending to the garden, playing with my little 3-year-old, and hanging out with my husband.”

“I’m going to work at the pool. I’m going to be a clerk and take people’s admission and sell candy and I’m going to clean. I’m excited to be saving up money and hanging out with my friends.”

“One of the things I’m going to be doing this summer is working. I have two jobs this summer. I’m working at the Montpelier Inn, as part of the housekeeping staff, and I’m also a pool clerk at the Montpelier pool. And in addition to working, I’m attending the Governor’s Institute of Vermont for environmental science and technology.”

“I’m also working two jobs. I work at the Montpelier Inn, housekeeping staff as well, and as a page at the Kellogg-Hubbard Library. And I’m probably going to be doing a lot of soccer and fall sport practice, as well as going to the beach and traveling, probably to Hampton.”

“I’m going to be looking at updating the library here, and looking at making it a more flexible space. A lot of the library is set, and we can’t really move a lot to accommodate different groups with different needs. So it’s really looking at different types of furniture configurations and furniture, to really be able even to clean out the room if we need to, and totally redesign it for use over a certain amount of time.”

“I’m graduating on June 12 from Montpelier High School, and then I am moving all my stuff to a small cabin in Sharon, Vermont, where I will live for about seven and a half weeks and work at Camp Downer, a sleep-away camp for kids ages 8 to 16. It’s my second year working at Camp Downer as a counselor and my ninth year there as an attendee, and it should be a good time!”

“I’m going to be working at the Montpelier Rec Department as a lifeguard, saving lives as per usual. I’ll be doing summer Ultimate league, so that’s some really nice pickup-ish games. I’m going to run a lot for the summer, during August I’m going to go to a running camp and work on my form. I’ll work on that, and then kind of just get pumped for cross-country season.”

“Well, my summer plans are two-fold. One, I have the perfect itinerary for a weekend in New York, but I won’t be going. I’ll tell you the itinerary though, so perhaps you can go and enjoy it. It’s to go see Hamilton, to go see the Jacob Lawrence exhibit at the Metropolitan Museum of Art, and then to go to the Tenement Museum and have a great time. What I’ll be doing is watching my kitchen get renovated, sort of, and sitting on the porch with a cool drink.”

“My summer plans are to run the Mountaineers and make sure that 30 players have a great summer and hopefully win a lot of ballgames.”

“Well, my summer plans are to travel in Europe with my husband for three and a half weeks. We’re staying with hosts in Spain and France. Then, I’m going to do a two-week Spanish immersion in San Sebastián, Spain, because of my certification in foreign languages, to sort of keep my skill up.”

“I’m going to be a camp counselor at Peace Farm, at a horse camp for kids. I’m going to a Fourth of July parade on horseback, that’s going to be fun. I’m going to the Girls’ State Women’s Auxiliary Program, that’s in June. My best friend is also coming to visit from New York, I’m going to try to work a lot, and that’s pretty much my summer.” 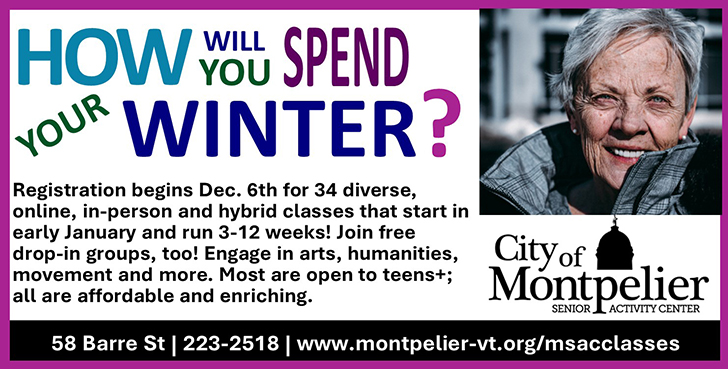