MONTPELIER — School authorities have chosen Michael McRaith as new principal to serve at Montpelier High School starting next school year. Sue Aldrich, chair of the school board, said McRaith made a favorable impression during the April 14 board meeting. The announcement came weeks after Principal Adam Bunting said he has taken a new job as a principal in Chittenden County.

Following is a brief Q&A between McRaith and The Bridge:

Carla Occaso: Where did you grow up?

McRaith: I grew up in Rice Lake, Wisconsin.

Occaso: What are your academic passions?

McRaith: I am strongly interested in social emotional learning for all students. I am interested in helping all students develop excellent executive functioning in order to meet their own goals and push themselves to be their best.

Occaso: How did you come to be a principal?

McRaith: I taught English in Japan and was a high school guidance counselor before becoming a principal.

Occaso: What do you look forward to about being principal of MHS?

McRaith: I am looking forward to joining a learning community that cares deeply about students and is willing to adapt and grow the opportunities of the 21st century.

McRaith works at Enosburg Falls Junior/Senior High School, where he has been for past six years, first as a guidance counselor, and then as principal since 2013. Prior to that he taught English in Japan.

EAST MONTPELIER — In the wake of East Montpelier Elementary School learning it will lose Principal Marion Anastasia to a school in New Hampshire, the board has decided to hire the current assistant principal to fill her shoes. In an email to The Bridge, Assistant Principal Alicia Lyford wrote that she has worked as assistant principal for the past five years and that “it has always been my nature to push myself beyond my comfort zone, and I can honestly say I have thoroughly enjoyed each opportunity that has presented itself over the course of my time at EMES.” Implementing a behavior improvement program called Positive Behavior Interventions and Supports and serving as project manager for the $8 million building renovation are among her accomplishments.

Lyford’s goals for the next school year are to “continue the great work we’ve started in regards to both curriculum and climate.” She hopes to focus on supporting students in literacy, math and behavior through a “multi-tiered system of supports.” Before coming to EMES, Lyford worked as a special educator in Montpelier.

MONTPELIER — Dina Bookmyer-Baker has stepped down as zoning administrator, according to Mike Miller, planning director with the Department of Planning and Community Development. Miller said the job is very fast-paced. “Dina was with the city for two years as the part-time zoning administrator from February 2013 to March 2015. She resigned March 11 and her last day was March 26,” Miller wrote in an email. A new zoning administrator will start this month. According to Miller, “Her name is Sarah McShane and she lives in Waterbury Center and currently works for the town of Underhill. Her first day will be May 18 and she will be an excellent addition to the team.”

Local 64 Moving Down The Street

MONTPELIER — Local 64, the self-styled “coworking hub and creativity incubator,” will be moving in early June from 5 State St., where it currently occupies 1,800-square-feet on two floors, to a 3,300-square-foot space on the second floor at 45 State St., over Asiana House and the North Branch Café. Local 64 rents space to independent workers, telecommuters, and startups, and also hosts community events.

Owner Lars Hasselblad Torres, who started the novel project in 2012 and also serves as director of the Burlington Generator, a “maker space,” said things have gone well for the Montpelier business, though it has seen some “ups and downs” due to seasonal variations in occupancy. He hopes to attract more clients in the larger space. Both the old office and the new one are owned by Montpelier Property Management, which Torres said has been “very helpful” with the move.

Local 64 is soliciting designs for its new space from local artists, fabricators, and designers. It has also been asking for donations via Kickstarter to help with the move and associated construction and rehab costs. Torres said he has been “super-excited to see how people have jumped in to help us out” with donations. For more information on Local 64 and its pricing plans, go to Local64.com.

MONTPELIER — A new restaurant is moving into 89 Main St. — the spot recently vacated by Village Pizza. The cuisine is called “pho,” which is a Vietnamese noodle dish, according to several Internet sources, including splendidtable.org. “Bowls of pho are the hamburgers of Vietnam: incredibly popular, eaten every day by a majority of the population, young and old,” writes Charles Phan on the Splendid Table website.

Property owner Jesse Jacobs said the restaurateurs are a husband and wife team who have lived in Essex for the past eight years. Before that, they lived in Thailand, he said.  “I am hoping they will be open and serving pho in the middle of May,” Jacobs told The Bridge by phone April 23. “They really are excited to come to Montpelier.”

MONTPELIER — Jean Olson has petitioned to replace Thierry Guerlain in City Council’s, District 2 seat, she announced by press release May 4. Guerlain announced his intention to step down at the end of the April 29 City Council meeting, saying his resignation is “with great regret,” but that the winters are much different in Florida as is the tax structure. “I am honored to have been voted in by my district and I think we have moved the ball in a really good way,” Guerlain said.

As for Olson, in her press release she wrote, “her top priorities include creating more affordable housing throughout Montpelier, addressing the city’s infrastructure needs, and supporting efforts to revitalize the city’s downtown retail area.”

Olson served as a trustee for the Kellogg-Hubbard Library and was a member of the citizen’s budget study committee. Olson and her husband, George, have lived in the district for over 30 years. The City Council will make this appointment at its meeting on May 27.

MIDDLESEX — The snow that has annoyed many of us waiting for warmth of spring has actually been helpful for local loggers. According to Tammy Picard, wife of logger Emile Picard, in an email April 24,  “We now have a yard in back of our house with about 100-plus cords – some split and some still in long length.  One good thing about the amount of snow we had is that Emile has been able to skid it out with the skidder until about two weeks ago. So we are raring to go (for next winter).”

RANDOLPH — A new Thai restaurant opened April 21 that is owned and operated by a Montpelier High School graduate, class of 1980.

Steve Morgan and his wife, Nisachon, are running Saap, which will serve authentic Northeastern Thai cuisine native to Nisachon’s homeland — from 5 p.m. until 10 p.m. on Wednesday through Saturday nights. Morgan said he was inspired after eating at restaurants in Thailand and noticing how different they are compared to American Thai restaurants. “It isn’t just the food. It is the way it is served … it is very different,” Morgan said.

If you are wondering about the name, it is pronounced “sap” like the stuff that comes out of the trees, but it means “delicious” in Thai. “We thought it would be cute for Vermont where people know sap,” Morgan said.

Morgan is also the food service director at Gifford Medical Center, as he has been for the past nine years. Before that he served as an instructor at New England Culinary Institute, and, before that, he worked as a chef at National Life of Vermont. You can find them on Facebook at: https://www.facebook.com/saaprestaurant.

Jeffrey to Leave Vermont League of Cities and Towns

MONTPELIER — After 33 years, Steve Jeffrey, executive director of the Vermont League of Cities and Towns, is retiring from his post effective in July. On May 7, the board of directors will meet to appoint a new executive director. The meeting will take place at the VLCT offices, located at 89 Main St., Montpelier, at noon. The meeting is open to the public as are all VLCT meetings. In all, Jeffrey has been with VLCT for 37 years. 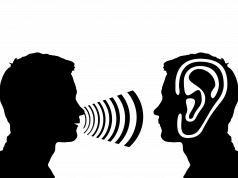