PLAINFIELD—Ben Koenig’s Country Bookshop in the heart of Plainfield Village is celebrating a 40th anniversary this year.  But you’d never know it. Ben who has just hit 72 himself seems not overly impressed by anniversaries, be it his own birthday or the 40th year of the bookshop.

A few days ago when I visited the Country Bookshop, Ben said the official date of the 40th anniversary was probably sometime this past spring.  So—we’ve missed it. No matter. Ben keeps chugging along, absorbed with his own personal enthusiasms, with no apparent plans for  special anniversary sales or a wing-ding party or anything else.

Perhaps the Country Bookshop is what it is.  Perhaps it doesn’t need to be gussied up and promoted.

What it is is this: A cultural anchor point in this part of Vermont that with its books and all that these books convey is a welcome permanence in a world of shifting loyalties, fads, styles—a sprawling country house in the middle of a small Vermont village, a little in need of paint, a little scruffy on the edges where the lawn meets the porch, but open all-year round, seven days a week and as gloriously casual as Plainfield Village itself is gloriously casual.

The sign on the outside of Country Books partly describes what’s inside: “Old Books, Used Books, Post Cards,” and with a little nod to the present fevered moment of digital-this-and-that at the bottom of the sign are these words to tell us of two additional services offered: “Copier and Fax.”

There’s something pleasingly retro and democratic about the Country Bookshop. If there was a written invitation on the door of the shop it might read as follows:  “Come inside.  But there are free books on the porch.  Take a look around.  If you see anything that interests you—a book, a print, an old magazine, a book of maps, a postcard, anything—pull it off the shelf, open it up, feel the pages between your thumb and fingers, turn the pages, and when you’re finished looking, go on to another book, or another roomful of books.  And if you find something you absolutely like so much that you want to own it, bring it into the front room where the cash register is and buy it and go away with it.”

When Ben and I met at the bookshop a few days ago, the welter of books was so great —books on shelves to be sure, but books on chairs, on tables, towers of books rising from the floor—now 50,000 books in all—that welter was so great that Ben and I had trouble clearing enough open space to accommodate two small folding metal chairs.

I was the guy asking questions. Ben, very properly dressed, quite modest and soft-spoken, I thought even perhaps a little shy, looked at me through a pair of professorial glasses, and answered the questions.

I wanted to know about Ben’s passion for books.  That had to be the lead question.

Soon enough, I was pressing Ben to get back to the source—the beginning of things. Could he remember where and when his passion for book collecting began?

“For me,” he said, “I think it’s possible I could have gone in another direction. I grew up in New York City. On Fourth Avenue (in Manhattan), there were 20 or more used bookshops. In high school if I needed a certain book, I could walk into one of those shops and find it. There were books everywhere. Lofts full of books.”

As Ben was taking in this scene, a store clerk would appear and Ben would tell the clerk about the book he was looking for.  And the clerk would say, “We have that book.  And he would climb a ladder and bring that book over to me.  It was magic.”

Of course, these days, Ben has that same kind of instant recall about the 50,000 or so books at the Country Bookshop.  Someone comes into the shop.  They ask for a book.  Ben knows where it is and brings the book over to them.  “People still find it amazing that I can find these books.”

What amazes Ben’s customers is not amazing to Ben at all. Yet their amazement doesn’t stop.  “Every week,” said Ben, “people come into the shop and say, ‘this is the greatest shop I’ve ever seen.  So much stuff.  So many different categories. Old photos, postcards, brochures from some world’s fair that happened from the 1890s’.” And they’ve heard of  that fair and they’re interested in it.

Then of course there are people who come in looking for one book but discover by accident another book they hadn’t known about. “Those accidental discoveries are made in my shop every day,” Ben said.  “Because it was next to the book they were looking for.”

But getting back to Ben’s story about how the Country Bookshop came to be.

Ben traces the actual beginning of the Country Bookshop back over 40 years ago when he saw an ad in a hobby magazine. The ad said, “Become a book scout.  Send a dollar for details.”

The ad in the hobby magazine came from a bookseller in California. When the bookseller got the dollar from Ben he sent back very specific instructions.  Said Ben, “He told you what magazines to subscribe to, what books you should try to buy. I began going to bookshops and auctions.”

Ben started out in with a mail order business. At the time, he was living in a trailer in Moretown. The trailer had a big room and a small room. Ben lived in the small room and the big room got filled up with books.  Ben’s next move was to Plainfield where he rented a house on Walter Smith’s farm and had a bookshop in the basement. “People would find me,” he said.

In the early 1970s, Ben put an ad in the Washington World newspaper that said simply: “Ben Buys Books.” People started calling when there were estate sales. He began visiting flea markets. He found himself dealing with book collectors. “I spent a couple of years buying books,” he said. “I began to figure out what was junk and what was not junk.”

Ben quickly learned that you don’t want reference books. No textbooks. He also learned that philosophy and religion go in and out of fashion. He also discovered that books on transportation sell. Vermont books sell.

He got some smart advice from a bookseller in St. Albans, George Bebee, who told him he ought to live in the same space where he would sell books. “If you have to pay rent,” Bebee said, “you won’t last.”

In due course, Ben found out about a barn behind the big white church in Plainfield. There were three bays in the barn which rented for $15/month. Ben went to the bank and found out he could own the barn for $60/month.  He had a little money so he fixed up the barn.  That was in 1978. In 1981, he got married and he and his wife fixed up the upstairs and made a duplex apartment so they could live in the same building where he sold books.

Then in 1989 the big house where the Country Bookshop is today became available and Melvin Chase (who is still his postman) sold him the building and the bookshop moved over from the barn to its current location.

The book business has changed a lot with the advent of online promotions and sales. Ben lists 14,000 of his own books on the Internet. Then there are the 50,000 book in the store. There are the free books on the porch. He sells paperback murder mysteries for 95 cents and hardback mysteries for $2.95. But there are also coveted leather-bound books and hard-to-find collectors’ books that sell in the $1,500 to $3,000 price range.

Ben has regular customers who come to the bookshop every year from California. “They get boxes of books,” he said. “They come in foliage season.”

Ben has a singing commercial promoting the bookshop on WDEV and people come into the shop singing his phone number. For 17 years Ben talked live on air with Brian Harwood at WCVT. They would talk about books.

In a follow-up phone conversation with Ben—I asked him to tell me about one of the more expensive books he had ever sold.

Ben spoke about a piano score that sold for $10,000.  Describing the item, Ben said it was the first edition,  limited to 250 copies,  for the musical opera Porgy and Bess. It was signed by both George and Ira Gershwin and also signed by DuBose Heyward who wrote the book for the musical production.  “Its uniqueness made it a valuable and desirable item.”

“Of course it’s exciting to sell an expensive book,” said Ben,” But I also love to see my regular customers buying those 95-cent mysteries. They’re happy—and that has kept  me happy enough to stay in this business for 40 years.” 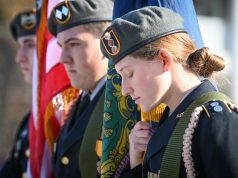 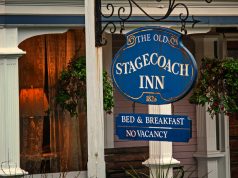