We have compiled a list of each race, providing readers with the names and back-up information on the incumbents and their challengers.

For the Vermont Senate, incumbents William “Bill” Doyle (R-Montpelier), Ann Cummings (D-Montpelier) and Anthony Pollina, a Progressive-Democrat from Middlesex are running for re-election.

Challengers are Pat McDonald (R-Berlin), a consultant; Sandra “Sandy” Gaffney, a Progressive-Democrat from Berlin, who lists herself as a retiree, and Middlesex farmer Dexter Lefavour, a Republican.

The Vermont House of Representatives Washington-1 election district is now held by incumbent Republican Anne B. Donahue of Northfield and Patti J. Lewis, a Republican from Berlin. Two challengers are opposing them. Jeremy Hansen is a Progressive/Democrat from Berlin and an assistant computer science professor at Norwich University. Marvin Malek, a Progressive/Democrat from Berlin is a physician at the Vermont Psychiatric Care Hospital.

In the Washington-2 election district the race involves candidates all from Barre Town. Incumbent Francis “Topper” McFaun, a Republican from Barre Town, faces Democrat J. Guy Isabelle, a Barre Town resident who works at the Volunteer Center of Central Vermont, and Republican Rob LeClair, a property manager in Barre Town.

In the Washington-5 district, Tony Klein, the Democrat incumbent from East Montpelier is running unopposed.

For state representative in the Washington-6 district, Democrat incumbent Janet Ancel, an attorney in Calais, will face two Independents. Jacob R. Miller is a landscaper in Plainfield, and Michael Sabourin is a postal worker living in Marshfield.

Washington-6 incumbents Democrat Maxine Grad and Independent Adam Greshin, an executive vice president at Sugarbush Resort, are standing for re-election. Challenging them are Independents Ed Read, a Mad River Valley property manager, and Heidi Spear, a real estate developer. Beyond the Vermont State House, there are other Washington County residents running for local judgeships and other elected positions.

In the state’s attorney race for Washington County, Republican incumbent Tom Kelly will square off against Democrat Scott R. Williams, a Berlin lawyer managing the Williams Law Group. Kelly has held the job since 2007. In interviews, Williams said he will concentrate on drug policy, victim justice and local leadership.

Marc Poulin, the Barre Town Republican incumbent high bailiff for Washington County, will also run unopposed for re-election. As high bailiff, the office holder is able to arrest the Washington County sheriff on a warrant or carry out the sheriff’s duties, should he be ruled incompetent. 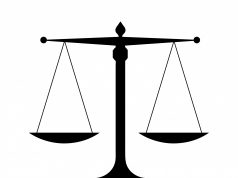 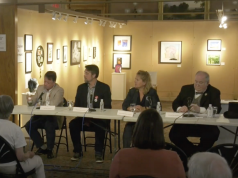