At its regular meeting October 8, the Montpelier City Council, on a unanimous vote, approved a resolution on a subject not frequently found on city council agendas—the use of antibiotics in agriculture. The resolution, being circulated by a national advocacy group called Food and Water Watch (FWW), calls for national prohibition of “non-therapeutic uses of antibiotics in livestock production.”

At their September 24 meeting, Laura Mistretta, Vermont organizer for FWW, asked the councilors to pass the resolution. The council deferred action on the proposal until its October 8 meeting to allow council members time to read the resolution and associated federal legislation.

Proliferation of antibiotic-resistant bacteria has been widely attributed to the overuse of human antibiotics, but the Food and Drug Administration has recently reported that 80 percent of antibiotics are sold for use on farms producing meat for human consumption, since feeding the medications to healthy animals steps up growth and meat production. Many antibiotics used on animals are in the same class as those used by humans, and bacteria resistant to an animal antibiotic can be resistant to similar medications used by people. Some bacteria survive the low dosages fed to animals and can therefore develop resistance. Bacteria can also pass traits like antibiotic resistance to other—even unrelated—bacteria.

Bacteria spread to humans in several ways, including transmission by farm workers, the handling of raw meat, consumption of undercooked meat—a 2011 disease outbreak was traced to resistant Salmonella from ground beef sold by Hannaford’s stores—and dispersal by animal waste in waterways or, as fertilizer, on fields. The resistance gene can pass from harmless bacteria to human-pathogenic varieties against which our antibiotic arsenal is becoming less and less effective.

Based in Washington, D.C., FWW is conducting a nationwide campaign to support two bills in Congress that would ban non-therapeutic use of antibiotics in animal feed and improve data collection on antibiotic use. The resolution approved October 8 will be sent to Vermont’s congressional delegation to encourage support for the two bills. 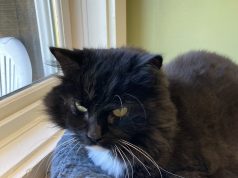 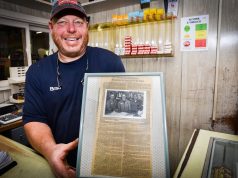