Home Columns Opinion OPINION: A Call for Comments: Newspaper Cooperative as Community-spirited Journalism
Facebook
Twitter
Email
by C.B. Hall
Hear the word co-op and you’ll likely think of a food co-op. That’s natural enough: Washington County has three active food co-ops, and the state has 14 of them, with 4 more forming. But Vermont also has cooperative creameries, an energy cooperative, a workers’ cooperative, and cooperative credit unions. It has a cooperative ski area—Mad River Glen—and a cooperative movie house, the Playhouse Theater in Randolph.
Go further afield and you’ll encounter co-ops from Seattle to Florida, selling everything from backpacks to orange juice. You’ll find telephone cooperatives, electrical cooperatives, co-op mobile home parks, cooperative grain elevators, cooperative hardware stores, and mutual insurance companies, which constitute their own family within the co-op clan. The Associated Press is a cooperative, as is the New England Produce Center, the huge wholesale market that serves our part of the country.
You won’t find many newspaper cooperatives, however. We’re aware of only one such creature, Wisconsin’s Inter-County Leader, in the United States, and one abroad, Berlin’s Tageszeitung. We at The Bridge are thus considering becoming, quite possibly, only the third member of the species anywhere in the world.
Our motivations are, first, to empower our local community by inviting readers and friends to own the paper; second, to guarantee that The Bridge continues to be a local and a locally responsive newspaper that is owned and governed locally and is not sold to a franchise or someone who is not prepared to honor the needs and diversity of the community; third, to pay off some of the paper’s debt including debt owed to individuals who have made personal loans to the paper; fourth, to provide working capital so that the paper can expand its editorial coverage and geographic and advertising reach.
Cooperation is as old as human society. It might be said that the practice of cooperation predates the idea of cooperation, since cooperative action became imperative before anyone had a chance to reflect upon it. It is something inherent in us, and indeed in nature. The Russian political philosopher Peter Kropotkin, in his Mutual Aid (1904), wrote that “there is an immense amount of warfare and extermination going on amidst various species; there is, at the same time, as much, or perhaps even more, of mutual support, mutual aid, and mutual defense … Sociability is as much a law of nature as mutual struggle.”
Consumer co-ops, such as The Bridge cooperative would be, began to emerge as the Industrial Revolution created an urban underclass that needed an alternative to company stores whose overpriced and adulterated food embodied the worst instincts of laissez-faire capitalism. Modern cooperative principles owe their origins to 28 English workers, known as the Rochdale Pioneers, who articulated and applied them in establishing a cooperative grocery in the Lancashire city of the same name in 1844. The so-called Rochdale principles include democratic control—one member, one vote—the promotion of education and the extension of patronage refunds.
Within ten years of the Rochdale initiative, England had 1000 cooperatives. The idea has continued to find fertile soil all over the world, and no one could hope to count the manifestations of cooperation in economic life throughout the world today. The concept has thrived in times both flush and lean. In the United States, the Great Depression witnessed a wave of new food co-ops, including the Adamant Co-op here in Washington County and the Hanover (N.H.) Consumer Cooperative, which today operates three stores in the Upper Valley. The 1960s and ‘70s saw a new wave of food co-ops in Vermont, born of a desire to obtain natural and organic foods at minimal expense, when such foods were still hard to come by.
Whether to get food more cheaply, provide telephone service to far-flung ranches or prevent a movie house’s consignment to history, the principle of cooperation has worked time and again, to the betterment of millions. We now propose—to you—that The Bridge take heed of these examples and become what may be one of the few cooperative newspapers in the world. Your investment in shares of the cooperative would stabilize our finances and allow you to direct our newspaper as an instrument of our community’s growth.
The Bridge began as a grassroots community project and in many ways remains precisely that. When we put out our first paper, in 1993, everyone was a volunteer. No one was paid. We went door to door in downtown Montpelier, sold ads, took the ad money and paid our first printing bill. The Bridge was launched—as a community effort. Indeed, our very name depicts that ongoing effort: building and maintaining bridges that connect us all.
Tell us what you think about The Bridge‘s becoming a cooperative. Take our online poll at www.montpelierbridge.com/co-op. Tell us whether you like the idea or not. Feel free to add your comments. Take a first step in creating a newspaper such as Vermont has never before seen.
We live in a region that has embraced co-ops and witnessed their considerable benefits. We can imagine no soil more fertile for the cooperative idea’s further growth, and for its adaptation to the purpose of community-spirited journalism.


Q & A with Laddie Lushin

When Laddie Lushin moved to Vermont with a law degree and a CPA certificate, he was looking to apply his education in a socially-responsible direction. It was obvious to him that providing services to cooperatives and nonprofits fit the bill perfectly. He had to research and develop the law applicable to consumer and worker cooperatives because no one had ever done it before. Lushin has been providing legal services to cooperatives and nonprofits on a full-time basis for the last 35 years.
The Bridge: What’s the special advantage or advantages of opting for cooperatives as an organizational format for getting things done? By contrast, do you see disadvantages to cooperatives? Are there situations that, in your judgment, would militate against the cooperative form of organization?
L. Lushin: A cooperative structure has the principal advantage of being designed to accommodate ownership and control by the people who use the services of the organization, and of having a long history of doing just that. It has some important legal and tax advantages, but no one chooses a cooperative structure for these reasons, because the organizers must give up any pretense of owning the organization and exercising any control over it. And no one would choose a cooperative structure as an efficient way to get things done because economic democracy is time-consuming and somewhat inefficient, certainly as compared to a single-owner structure.
The Bridge: A quick Internet search suggests that there are a very small number of newspapers that are newspaper cooperatives. Newspapers are organized in various ways. Some papers, particularly small-town papers, are owned by a single individual. Other papers are family run, like The New York Times, but organized as a corporation. Very few are organized as cooperatives. Why do you think this is the case? If a newspaper cooperative makes sense, then why are there so few of them up and running, and showing us that they can work?
L. Lushin: Cooperatives are not a widespread phenomena in any sector of business because, as matter of substance, they are inconsistent with private ownership and control and, as a practical matter, neither business owners nor their advisers tend to be sufficiently familiar with cooperatives to even consider this as an organizational vehicle.
A newspaper cooperative, however, has a lot of potential for mitigating and dealing with the systemic pressures on print media of recent years. A cooperative seems particularly appropriate for an organization like The Bridge—which is small, focused on the local, without even pretenses of profit making, and has a history of community support. A cooperative structure also has the advantages of opening new possibilities for increasing revenue and raising needed capital funds. The absence of many prototypes suggests that The Bridge could actually serve as a model for addressing the crisis affecting print media. Without doubt, it’s a fine alternative to the recent pattern of newspapers going out of business.
The Bridge: I was recently advised by a friend not to form a newspaper cooperative because this person felt that the newspaper would be nibbled to death by interfering newspaper cooperative owners. Do you think that a cooperative board could stand back and let an editor and management team call things “in the air” and respond to events as events come at a newspaper? Or would the paper be hobbled by constant second-guessing and bickering? Even a small community newspaper has to figure out what’s happening, tell its readers what’s happening, follow a story and keep following it and be “nimble on its feet.” Could a newspaper cooperative provide the overall stewardship, but then get out of the way and let an editorial team do its necessary reporting, writing and editing?
L. Lushin: In this regard, a newspaper cooperative is no different from any other business operated by a cooperative. The manager (here the editor) is responsible for day-to-day operations, the board is responsible for policy making and oversight, and owners are responsible for electing directors and making certain important organizational decisions. The board and owners should not be interfering in operations unless there’s clearly a problem that is collectively perceived as needing to be addressed. And decision-making authority resides collectively in the board and the ownership group. No director or owner, or even small group of directors or owners, has any individual authority. Sometimes one or more individuals need to be reminded of their proper function, but this is not a common problem in cooperatives.
UNDERWRITING SUPPORT PROVIDED BY 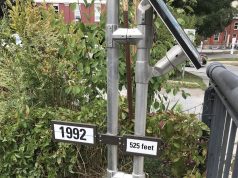