On Saturday, May 10, from 9 a.m. to 2 p.m., there will be a household hazardous waste collection at Harwood Union High School in Duxbury. The event is being put on by Mad River Resource Management Alliance and is open to all Alliance residents and small business owners from Duxbury, Fayston, Moretown, Northfield, Roxbury, Waitsfield, Warren and Waterbury. There is a limit of 10 gallons of waste per person. For more information, contact John Malter at 244-7373.

On April 19, the Rocket Hockey Mites team, consisting of 8- and 9-year-old boys, mostly from the Montpelier (CVSA) and Barre (BYSA) youth hockey programs, took home first place medals from the three-day Coca-Cola tournament in Marlborough, Massachusetts.  The roster also sported players from the Essex, St. Albans and Mississquoi youth hockey programs. During the fall and winter, these programs play against each other, so this spring tournament was a great chance for the kids to represent Vermont youth hockey collectively. And they did it well. The final tilt was a nail-biter down to the final buzzer. Aidan Kresco (Barre) had a goal and River Sciarrotta (CVSA) potted two marks, including the game-winner, as Rocket Hockey beat the Maine Stars 3-2.

Vermont College of Fine Arts (VCFA) has acquired, “a leading graduate writing program from the University of Southern California that will bring full-time graduate students to the low-residency fine arts college,” according to a news release from VCFA. The new program will bring students to Montpelier for two years, with the first class arriving this September. The program is called The School of Writing and Publishing. Those interested in learning more about the program should check out vcfa.edu.

The Chandler Gallery is accepting submissions for its Floral Seductions exhibit, which will open in late June and run through Aug. 24. Chandler is seeking artistic renditions of all things related to gardens and plants. Applications are due by Friday, May 23, and can be submitted to Emily Crosby at outreach@chandler-arts.org

The Valley Arts Foundation is now accepting applications for its annual watercolor exhibition. This year’s exhibit will be held at the Big Red Barn Gallery, at Lareau Farm Inn in Waitsfield from June 29 through July 27. For more information and the prospectus for submission, go to www.vermontartfest.com or contact Gary Eckhart at fineart@moosewalkstudios.com.

A proposed $5.5 billion state budget for FY2015 awaits final approval by the Vermont Senate before being sent back to the house.
The state budget bill which originated in the House as H.885 contains layer upon layer of separate funding items, for education, health care, road maintenance and the like. The
massive bill, typically dubbed, the “Big Bill” would raise overall state spending by 4.2 percent, said a vtdigger.org article by Anne Galloway.  In the same article, Galloway reported, “The state is committing more than $1.5 billion for public education, and about $89 million more for higher education.” 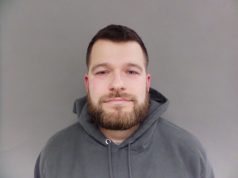