Review by Tom Hamilton
Bernd Heinrich’s newest work, The Homing Instinct: Meaning and Mystery in Animal Migration, unsurprisingly focuses on the topic of migration. What surprised me, however, is that the book doesn’t start on the subject of bird migration like the cover suggests. Instead, Heinrich opens by writing about newborn turtles and their hardwired motivation to fly to the sea. From there the subject matter moves into more expected avian territory, but also visits species of mammals, insects, reptiles, fish and amphibians.
Much of the book is focused on what tactics and techniques these animals use to migrate, from scent trailing and visual mapping, to being trained by the elders of a species. But there is a larger theme present throughout the text that gets directly addressed later on: What makes a place home to an animal and what draws us there? This concept of home is so vastly different species to species, but also universal in the animal kingdom. Humans included. Thus, the motive for all of this migration is explored.
While reviewing this book, a friend and fellow Heinrich fan expressed a frustration: Why do we need to explore these mysteries? Why can’t it just be amazing? After thinking about it, I agree. But, I don’t think Heinrich “kills the magic” in this book. That’s why he is so good at what he does. His mission is not to fill one’s head with Latin and scientific terms. Rather, he is using his knowledge to share his amazement of nature’s mysteries with the reader. He helps us understand functions and relationships in natural systems, but doesn’t propose to answer every single question or categorize every event.
This accessible and relatable work of nature writing accomplishes not only it’s initial goal of exploring animal migration, it also validates of Heinrich’s style as a whole. It shows that his hands-on, non-technical approach can work even when studying huge concepts in the animal kingdom like migration. 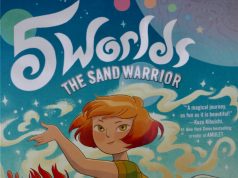 Book Review by Kids for Kids: ‘5 Worlds: The Sand Warrior’ 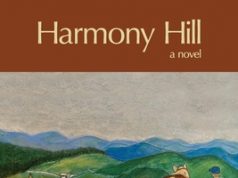