Montpelier prohibits firing rifles within the city limits, which puts an immediate and necessary safety restraint on the options available to residents concerned about the city’s nimble and seemingly abundant deer population. Moreover, the rifle season harvest of deer is restricted to bucks, meaning “male deer with at least one antler of at least three inches.”

Of the 3,748 deer harvested statewide during the 2019 season, 25 were taken by archery hunters in Montpelier, according to the 2019 White Tailed Deer Harvest Report. While the overall number of licenses issued for rifle hunting has been steadily, if gradually, declining for the past decade, the number of archery licenses has remained steady at around 20,000 each year.

“Archery is an option in developed areas that is preferred by many hunters because it’s safer,” said Nick Fortin, a Fish & Wildlife Department wildlife biologist. And as homes have been built increasingly in former woodland areas, firing long-range rifles entails a risk of bullets coming close to a dwelling that can’t be seen through the trees,” he notes.

The two-part archery deer hunting season (October 1 to November 13 and November 30 to December 15, 2020) makes a significant contribution to Vermont Fish & Wildlife’s deer herd management efforts. While the deer taken by archery hunters typically total about 20 percent of the overall annual harvest, the distinction that antlerless deer can be taken by bow and arrow “is invaluable,” said Fortin. Adult female deer accounted for 64 percent of the deer harvested during the 2019 archery season, according to F&W statistics.

Because the archery harvest of does is key to managing the size of the deer population, it maintains the health of the deer overall, Fortin explained. “The primary goal of Vermont’s deer management strategy is to keep the deer herd stable, healthy, and in balance with available habitat.”

About 41 percent of archery hunters use crossbows, which are physically and technically easier to master than the traditional vertical bow. “Becoming proficient with a vertical bow requires a lot of practice. A crossbow comes with a sight or a scope and is much like shooting a rifle,” Fortin said.

After years of having his family’s gardens serve as a salad entree for the enduring deer herd in neighboring Hubbard Park, Tim Flynn decided to take up hunting — with a crossbow.

Three years ago, Flynn took the Hunter Safety course, acquired a hunting license, and purchased a crossbow. With some target practice he quickly became confident in the accuracy of the crossbow. “It would be next to impossible to shoot that accurately with a longbow,” he explained, noting a nagging shoulder injury from a mountain bike spill.

Accuracy is critical for taking an animal as large as a deer with bow and arrow. “Even with a properly placed arrow, a deer is likely to run some distance before it drops,” Flynn said. “While it likely would run into the woods and up the hill into Hubbard Park, I’ve always worried a wounded deer might head downhill and wind up in the middle of an event on the State House lawn.”

These concerns have proved to be beside the point so far. “Since I got the license three years ago, I haven’t seen a deer in the backyard gardens during hunting season,” Flynn noted.

He is also undecided about hunting the neighborhood deer this season. His interest in reducing the inflammation of the shoulder injury led to a diet that excluded red meat. That restriction has been successful and is a consideration about deer hunting this season.

Moreover, one of the responsibilities for a successful hunter is dressing the deer. “It’s a process that is discussed in the hunting course, but certainly was not hands-on,” Flynn said. While YouTube videos are instructive, should he be successful in taking a deer, he has offers of assistance from friends who are experienced, longtime hunters. 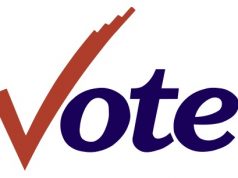