My father, the mathematician, was born in Leipzig in 1922. When the Nazis marched into Austria in the early spring of 1938 — the Anschluss — my father was called into the principal’s office at the King Albert Gymnasium and was informed that, as a non-Aryan, he was no longer welcome at a German school.

He then attended a Jewish high school in Leipzig. Persecution of Jews escalated. They were not allowed to enter public swimming pools, then cinemas and department stores. His passport was stamped with a big letter J.

For Americans, of course, 9/11 recalls September 11, 2001. Europeans reverse the order of the day and month; for my father 9/11 meant Kristallnacht, the 9th of November, 1938. My father wrote in his memoir that on that evening he had visited a friend, with whom he said he was “discussing some philosophical questions.”

Returning home by streetcar, I noticed a bunch of rough characters carrying wooden clubs. I wondered: who had brought them to town and to what purpose?

The answer was revealed next morning on the telephone grapevine. There had been a pogrom during the night, which later came to be known as the “Kristallnacht.” Two synagogues had been burned down, a number of homes had been invaded, people were beaten up and their possessions were thrown out of the window. Some people were forced to jump down the embankment of the Pleisse.

He then recounted an incident that probably occurred in the last month of 1938:

A group of SS men entered our building and demanded to see my father. My mother shouted: “What do you want with my husband? He is not here.” When I remonstrated with her for the undignified way of losing her cool, she pointed out that Papa had gone to the attic for some purpose and she had shouted to warn him not to come down.

Unfortunately, my father was a law-abiding citizen and he subsequently turned himself in at Gestapo headquarters. He was sent to the concentration camp Sachsenhausen and held there for several weeks, until my mother managed to obtain visas for our family to emigrate to Peru. Apparently, the Nazis were not yet prepared to exterminate the Jews, but to force them to leave the country. This was not a simple matter, since visas were not readily available. People who knew how to go about this managed to procure visas to Shanghai or Central America. This required some monetary expenditure.

I remember father returning home, his head shaved and his suit crumpled, owing to the camp’s delousing procedure. He did not talk to us children about the horrible treatment he had received. Silence had been one condition for his release, as was the promise to leave Germany as soon as possible.

On reading this portion of my father’s memoir, my nephew Simon remarked on “the perfunctory and almost blasé way [my father] Jim talks about events that are nearly unfathomable to me in their horribleness.” Simon noted how “the humanity and sense of ethical duty with which he writes is powerful in its understatedness.”

The family did not go to Peru. My father and his sister Sonja, younger by four years, were sent on the Kindertransport to England. In London, my father later wrote:

… we were graciously put up by father’s relatives: aunt Sally and uncle Leo and cousin Ruth with her husband. London then was the biggest city in the world, and I was quite overwhelmed. I commuted daily from Hendon Central to Oxford Circus, near where I got a job in Bloomsbury House. This was an office building dedicated to the processing of incoming refugees. My job was to carry documents from one desk to another.

At this point in his story, my father says something that is so typical and admirable that it hurts:

I took my lunch breaks in the British Museum, where I learned much about Egypt, Mesopotamia and Greece.

He was a person who could blinker the ugly facts of his immediate time and see the brilliant knowledge of the world beyond.

Drove me crazy, sometimes, growing up, as his mind focused on the grand accomplishments of the ancient Egyptians, Mesopotamians and Greeks, not to mention the beautiful abstractions of mathematics, but not on my trivial exploits. 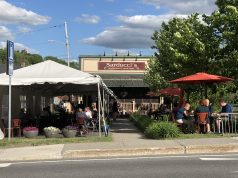 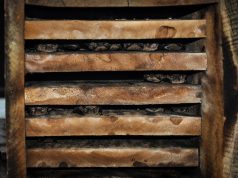