Citing long-term uncertainty regarding Covid-19, restrictions on the assembly of large groups and the ability and willingness of touring artists to perform on scheduled dates, the Barre Opera House Board of Directors voted unanimously to keep its doors closed through the current calendar year at its May meeting last week.

“Social distancing in some form will still be a reality on October 3, our scheduled season start,” says BOH Director Dan Casey.  “We’re anticipating that the number of patrons we’ll be permitted to allow in the theater simply won’t present a sustainable financial scenario to enable us to move forward with the season as planned.”  With that in mind, Casey has already begun to reschedule the performances involved in the Opera House’s signature Celebration Series as well as those presented under the “Barre Opera Presents” format.  These events usually run from September to May but will now all occur after January 1, 2021.  Over half of the events that take place at the historic 650-seat theater each year are outside rentals and the BOH staff is working with these presenters to shift any of their affected dates into the latter half of the season, as well.

In addition to disrupting normal programming, the Opera House was two-thirds of the way through a capital campaign, its firs in over 28 years, to raise funds for major improvements. “While this has certainly had an immediate impact on our fundraising, there may be a silver lining,” reports board member and capital campaign chair, Bob Pope. “We now have several months of dark time to complete a good portion of the work that was scheduled to begin in summer 2021. While we still have to raise the final portion of funding, if we’re able to complete all the work now, this will eliminate the need to close the theater later.”  Planned capital improvements include replacing the antiquated rigging system, renovating orchestra-level seating and repainting the interior of the theater, including the decorative metal ceiling and plasterwork.  This work will be overseen by Connor Contracting as Project Manager with support from DeWolfe Engineering as Design Consultant.  Work on the stagehouse is now slated to begin in early July.

The Opera House’s 2019-20 season came to an abrupt halt in early March with the pandemic forcing the cancellation of 27 events and 4 weeks of youth summer camps. “This would have been simply unfathomable before its onset,” reports Casey, “and the financial implications have been devastating for us.” The Opera House is hopeful that it will receive assistance through the State of Vermont’s portion of CARES Act funding and through other public and private channels, as well. “We’ve received a Cultural Relief Grant, distributed through the Vermont Arts Council, and also a Coronavirus Relief Grant from Vermont Mutual Insurance.  These are very much appreciated and have helped us maintain some stability to this point. However, this generous support doesn’t even come close to replacing the earned income we’ve lost due to the cancelled events and camps.”

The historic Barre Opera House offers 60+ events, and is in use over l00 days each year. The Opera House is also a major economic driver for Barre and the surrounding area. According to the Arts & Economic Prosperity Calculator, the theater triggers over $1.25M in local spending each year. 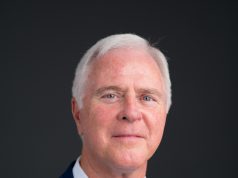