The image of the starving artist has endured for generations, so keenly recognized are the struggles of those whose work serves to decorate their times. But in the age of COVID-19, the phrase has taken on a deeper urgency, as even the busiest working musicians have been forced to clear their calendars of all previously scheduled work.

“Obviously if you make a living performing for people in public spaces, a pandemic is not great for business,” said Montpelier violin bowmaker Eben Bodach-Turner. “And after COVID hit, it became clear pretty fast that things were shutting down and we were entering a new phase about what our lives were going to be like.”

Over in Chelsea, fine-violin maker Jacob Brillhart, 27, watched as panic set in among musician friends whose upcoming gigs had all been canceled. Concerned, Brillhart took matters into his own hands — literally. He decided to raise funds by building a violin live on Facebook, and then raffle the instrument to raise money for out-of-work musicians.

“I came up with the idea for the project right at the beginning of the pandemic, as soon as public places and events began to shut down and all of my musician friends lost all their income due to the gig cancellations,” Brillhart said. “To lose your entire income, and all hope of making any income for the coming months is a terrible feeling. So I thought, ‘how can I do something that could help folks who really need it?’”

The first thing Brillhart did was reach out to longtime friend Bodach-Turner.

“When I had first come up with the idea, I called Eben right away and chatted with him about it,” Brillhart said. “And he decided to make a bow, in tandem with another Maker, Evan Orman, to put with the violin, which was a really awesome development. As soon as it was conceived, the project took on a life of it’s own and grew bigger than what any one person could make it.”

“Jake is a really great friend of mine who I’ve known since his first fiddle lesson,” Bodach-Turner said.  “We both know musicians who are out of work, so Jake had this idea to raffle a violin and distribute the money to musicians who lost income because of COVID.”

Brillhart said the project helped him to manage his own anxiety.

“Giving myself an all-consuming task seemed like a great way to focus my thoughts and energy, and keep myself from having to worry about my own predicaments,” Brillhart said. “Working 15 or 16 hour days on building a violin to donate and broadcasting the whole process live, working with the knowledge that I was helping other folks, was a tremendous way to keep my mind in a good place.”

Nonprofit organization Seven Stars Arts Center, in Sharon, Vt., is hosting the raffle and handles the financial disbursements to the musicians, Brillhart said. Raffle ticket sales will close on May 15.

Bodach-Turner said the $250 amount was chosen because “it’s not enough to have to pay taxes on, but it’s enough to buy groceries or take the edge off of rent.”

But some of the project’s biggest benefits, Bodach Turner explained, are more than financial.

“One of the things that was really great about doing this project was to see the level of support not only for musicians but for artists and other kinds of performers,” he said. “The community has formed up behind them and really tried to support them. And as much as money is important, it’s the intention behind it, that people care enough to make a donation or show support, that’s been really affirming.”

For more information or to enter the raffle, click here 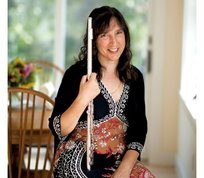 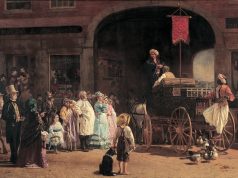